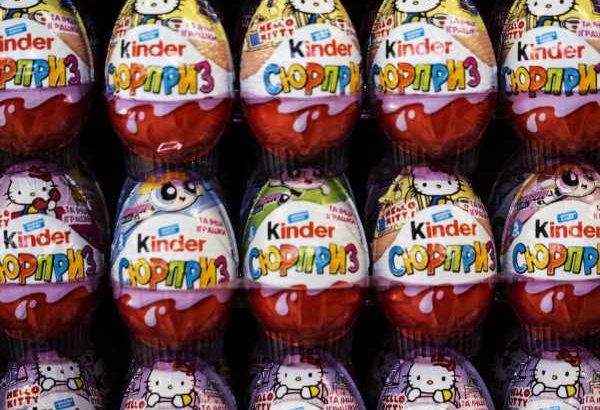 No one will stop you from munching on a few ghost peppers. You won’t have federal officers at your door if you eat shark. You might even be tempted to try game from a neighbor’s recent hunt.

America’s food market is widely regulated—mostly for our own protection—but few foods are outright illegal. Those that are are often illegal because they could be dangerous or they’re endangered species.

Here, foods you might find in other countries (even just across either of our borders), but you won’t find in the U.S.

The Scottish delicacy—sheep’s heart, liver, and lungs combined with onions, spices, and oatmeal, then stuffed into a sheep’s stomach—is a right of passage for travelers in this U.K. country, but you won’t find it in the U.S. That’s because the U.S. Department of Agriculture (USDA) outlawed livestock lung for human consumption in the early 1970s.

“Livestock lungs shall not be saved for use as human food,” the regulations say.

Beluga was the party food of the 1990s, but the wild popularity led to the fish becoming endangered. In 2005, the U.S. Fish and Wildlife Service banned imports of the fish eggs from the Caspian Sea. At the time, the U.S. was the world’s largest consumer of the sturgeon roe, and prices were a staggering $200 an ounce.

Overfishing threatened another fish population, the redfish or red drum, so regulatory agencies stepped in to help in the mid-1980s. New Orleans celebrity chef Paul Prudhomme was famous for his blackened redfish. The surge of interest led to a ban on commercial fishing and a ban on sales in all states but Mississippi. Farmed redfish is still available, and individual fishers can catch, too. But if you see the fish for sale in a grocery store, something’s fishy.

Shark fin soup is a staple of many meals in China. But overfishing and the cruel practice of finning—catching a shark, cutting off the fin, and returning the shark to the water—led several U.S. states with the largest shark fin markets to ban the harvesting of the shark part entirely.

The Japanese puffer fish is undeniably exotic, but you’ll be flirting with death if you eat it. That’s because puffer fish, or fugu, contains a deadly amount of the neurotoxin tetrodotoxin. If you consume it, you may experience paralysis and asphyxiation.

Fugu is not technically illegal to consume in the U.S.. Some chefs can undergo the intense training and certification process required to prepare the fish. But those chefs are few and far between. That makes fugu de facto banned.

America might be alone in the world when it comes to horse meat consumption. Indeed, in Italy, it’s made into baby food. But the USDA does not inspect slaughterhouses that process horse meat, and any place that is not inspected is not allowed to sell meat. That makes horse meat banned as a result.

It’s unclear if these restrictions on inspection will last much longer. In 2017, a subcommittee in the U.S. House of Representatives actually voted to lift the restrictions on banning horse meat, but it died in the large committee vote.

This is a hot topic (pardon the attempt at a pun), but many states are actively engaged in efforts to change or repeal bans on the sale of unpasteurized milk. The pasteurization process heats milk to kill microbes that could lead to foodborne illness. Pasteurization protects against listeria, salmonella, and other bacteria, but farmers and raw food advocates suggest there are a lot of healthy benefits lost during the heating process.

While it’s outlawed in many states still, some states do allow the direct sale of unpasteurized milk and other dairy products from farmers to consumers. Some even allow retail sales. Just make sure you know your state’s laws before you plop down a tenner at the farmers’ market.

This fruit is native to West Africa but can also be found in Caribbean islands like Jamaica. If you’re tempted to bring home some of the funky fruit for your friends to try, you could face fines and penalties.

Importing this fruit to the U.S. is illegal because regulators worry about the danger it presents to consumers. The fruit, if not ripened correctly, is filled with toxins called hypoglycin A and B. If you consume it, your blood sugar might drop suddenly. You could experience severe vomiting, even death. Some canned versions are available, but they’re highly restricted.

European travelers are well aware of the joys Kinder candies bring. These German sweets are available in the U.S. today, but you won’t find one of the most popular kinds, the Kinder Surprise. That’s because the FDA outlaws the sale of edible foods with non-edible items in them. (Plastic babies aren’t allowed in king cakes anymore for this reason, too.)

In 2018, Kinder Joy was introduced. This candy divides the toy from the confection, which meets the regulation. But once you’ve had a Kinder Surprise, you’ll know why the Joy just isn’t as joyful.