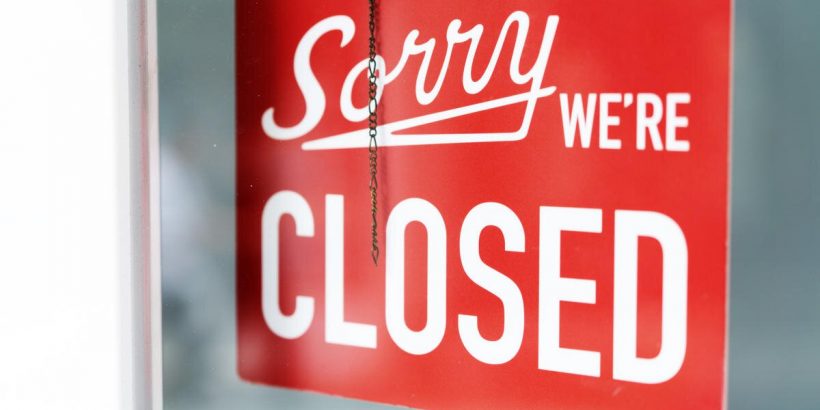 Back in the first anxious days of Covid-19, there was a lot of talk about the inevitable impact of lockdowns on restaurants. While many have expanded into takeout and customers have stepped up to support restaurants and their workers, restaurateurs and industry forecasters issued dire proclamations stating that many restaurants wouldn’t be able to ride out the pandemic without a significant federal bailout.

Now, new data from Yelp suggests that restaurants across the country are in deep trouble. According to Yelp’s local economic impact report, which tracks how businesses on the reviews platform have dealt with the pandemic, an alarming 53 percent of the 23,981 restaurants that were listed as closed at some point after March 1st have since posted permanent closure notices on their Yelp pages. That’s more than 12,700 restaurants that won’t come back.

RELATED: Here’s How You Can Help Out Restaurants and Their Laid-Off Staff

Parsing Yelp’s data about the 41 percent of total businesses (not just restaurants) on the platform that have closed reveals a sad story about how restaurants have tried and failed to survive. Data shows the largest uptick in permanent closures happened in March, as some businesses knew almost right away that they simply couldn’t survive without bringing in a steady amount of revenue. While many tried to ride things out through April, a time when restaurants got up to speed with takeout, more closures followed in May and June as even those who fought like hell to hold on just couldn’t make it.

While Yelp’s regional data doesn’t distinguish between temporary and permanent closures (or between restaurants and other businesses), it’s possible to infer where restaurants have fared the worst from the city-level data. As of June 15th, Los Angeles suffered the most closures, representing 11,774 of the 139,339 closures nationwide. New York, the hardest-hit city in terms of Covid-19 cases and death toll, was second with 10,457. Seattle, despite popping up as the first real hotspot for cases, has only experienced the tenth-most business closures in the country (2,685).

RELATED: 7 Safe, Smart, Sanitary Habits to Use When Ordering Takeout and Delivery

The bad news is that these permanent closures probably aren’t over yet. With cases spiking again, states like Texas and Florida are (necessarily) undoing some of their progress toward reopening by shutting down bars. The rollout of the Paycheck Protection Program was an unmitigated disaster, with larger corporations claiming money they didn’t really need while small businesses struggled to navigate the application process. And unless landlords do the right thing and forgive restaurant rent (something they aren’t being forced to do right now), it could be over for even more restaurants once July 1st hits.

So if you were on the fence about supporting a local restaurant today, give them a call and order some delivery. Your order may not be enough to save them on your own, but you never know when it will be your last chance.