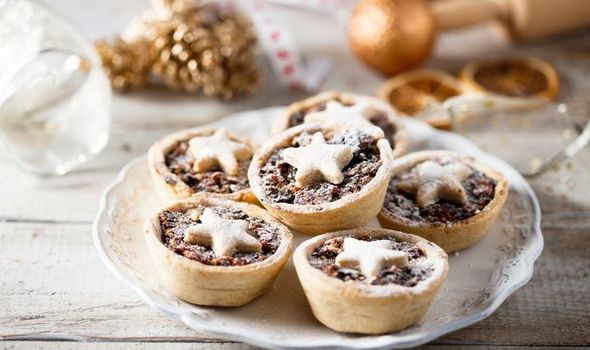 A panel of 66 Which? magazine judges named their pick of the stores’ six-pack pastries after blind-tasting more than 400 tangy treats.

Iceland’s Luxury All Butter Mince Pies, costing £1.89, was among the consumer group’s top three and earned the supermarket a Best Buy status for the second year running.

Testers praised their zesty taste, saying it could be the yuzu juice – a Japanese citrus fruit – and cider alongside the usual mix of port, brandy and vine fruits.

Despite being lighter on boozy flavours, Tesco’s Finest Mince Pies (£2) were “magnificent”, and had a “generous and tasty” filling.

They were also named a Best Buy and one judge described them as comforting – “the perfect treat on a cold winter’s day”.

Third favourite was Co-op Irresistible All Butter Luxury Mince Pies (£2). They “hit all the right notes” and were praised for their tasty filling and pleasantly textured pastry. Meanwhile, other supermarkets also delivered tempting options.

Marks & Spencer’s Collection Mince Pies (£2.50) did not disappoint on flavour and texture, but had “a less enticing smell” compared with rivals.

What is happening where you live? Find out by adding your postcode or visit InYourArea

Morrisons The Best Deep Filled Mince Pies (£2) had “an attractive, crimped yet Christmassy” design, but they were not best in the taste test.

Which? home products and services editor Lisa Barber said: “Our panel tasted pies from the biggest UK supermarkets to find out which ones will make the holiday season extra festive.

“Iceland triumphed for the second year in a row, but competition was tight between the top contenders in our blind tests.

“And there is a bigger-thanever range of Best Buy pies at affordable prices this year.”