Like many New Yorkers, I have strong feelings about bodegas (adoration born of dependence) that go from the bodega cats to the stuffed shelves (mine appears to carry more items than our Trader Joe’s), to the griddles. I am in awe of the people who cook at them. I am constitutionally incapable of multitasking, I can barely handle simultaneously cooking a dinner and a side dish without setting fire to one or the other, but they make half a dozen different egg sandwiches at a time like it’s nothing. 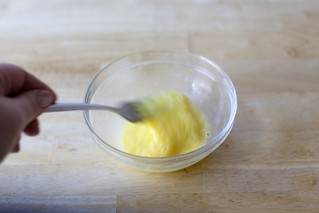 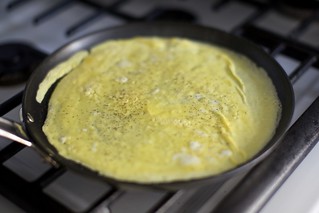 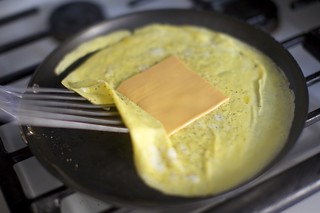 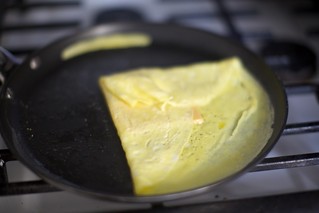 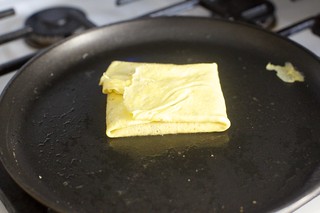 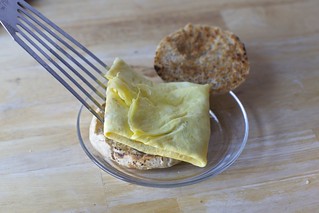 I know the BEC (bacon egg and cheese) is the gold standard of bodega breakfast sandwiches, but I like my bacon crisp and on the side, thank you very much, and rarely on a Monday morning. My order is always an egg-and-cheese on rye toast, and truly one of the most blessed things about NYC is that is rye bread is often considered a standard bread option. My only quibble with them is that often the cheese isn’t melted enough either because the cheese was not engineered with melting in mind (ghastly) or because it wasn’t given long enough to heat up. I am not giving cooking tips (please cancel me immediately if I do) to someone making me an egg sandwich for $5 so instead try to make them at home as often as possible where I have my own little method that ensures that the cheese is always melty. 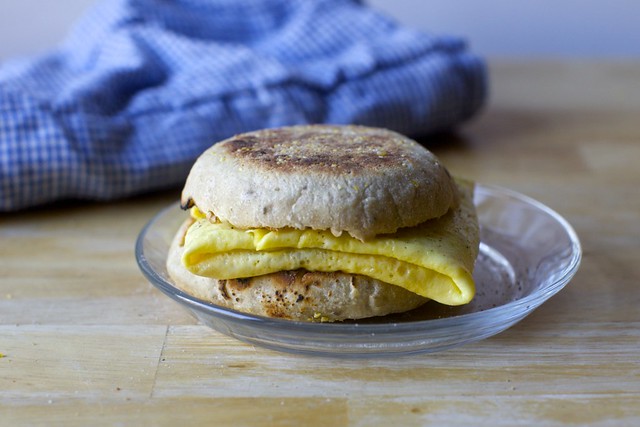 I shared this with Cup of Jo seven years ago, when I’d sometimes make them for my son’s after-preschool lunch. At the time, there was a bit of commotion over the fact that I’d used cheese singles “engineered with melting in mind.” At the grocery store this week, it appears that cheese slice options have come a long way, there were multiple cheddars and more to choose from with relatively unscary ingredient lists, although I still shamelessly defaulted to that which provokes the most outrage applause. Of course you can use any cheese that makes you happy, be it crumbled, grated, or sliced; you can add minced scallions, chives, or crumbled bacon too. The awesome thing about this is that it’s so easy, it requires no planning (especially if you’re not crazy enough to make the deli rye english muffins from Smitten Kitchen Every Day first, as I did) and you can be eating these in approximately 3 minutes, which is exactly what I want to hear at 9am on a Saturday. 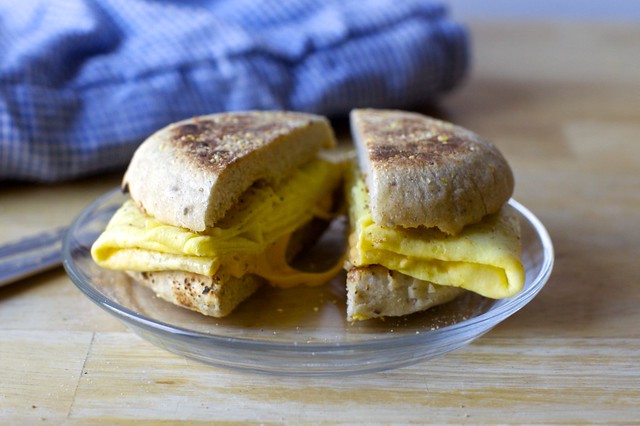 This makes one petite egg sandwich, which is all I need, but you can use the same method with two eggs and a slightly longer cooking time.

Beat one egg with a 1/2-teaspoon water, a couple pinches of salt and a few grinds of black pepper until just blended.

Melt butter in your pan or brush it with oil, to thinly coat it. Pour in the egg and roll it around so it coats the pan, as a thin crepe would. Immediately place your cheese and/or other fillings in the middle. After a minute, the egg will have set.

Fold the part of the egg closest to you over the cheese, like the first part of a business letter fold. Repeat this on the three remaining “sides,” forming a small square, or you can aim for more of a rectangle if that’s the shape your bread is. Leave the folded egg-and-cheese in the center of the skillet to cook for another 30 seconds, then slide onto your muffin or toast. Top the sandwich with the other half and eat immediately. Notice a couple sets of eyes gazing at you, perhaps wondering where their sandwich might be. Repeat a couple more times and not even mind because it’s so easy.