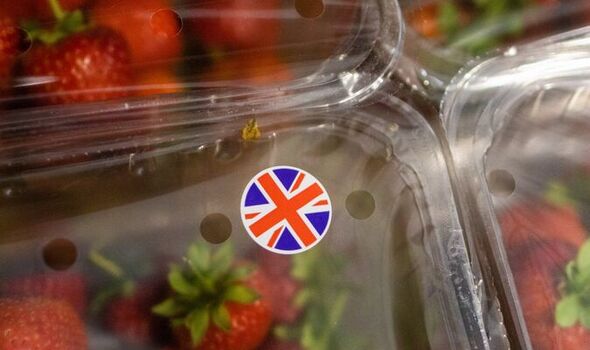 A study of 2,000 Brits found that, despite common ingredients such as eggs, meat, and milk being readily available, 63 percent feel misled by supermarkets after learning that products with the British flag could also contain ingredients from outside the UK.

Nearly four in ten (37 percent) have bought food items with the Union Jack flag on because they thought it meant they were supporting British farmers.

And others have done so because they believed the symbol meant it was locally sourced (28 percent) and better quality (27 percent).

Eggs were the top ingredients Brits would expect to not be imported because they are so readily available here, followed by potatoes and milk.

The research, commissioned by British Lion eggs, also found that of the 66 percent who have a preference on British or imported goods, two-thirds prefer British ingredients.

Half believe British is best because there will be fewer food miles, while 45 percent think the carbon footprint will be reduced.

But 68 percent don’t think it’s clear enough on food products where the ingredients are sourced from, and 43 percent are not confident in knowing where food items in supermarkets originated.

Andrew Joret, chairman of the British Egg Industry Council, said: “It’s clear from the research that the British public are confused about what the Union Jack symbol on food products means. 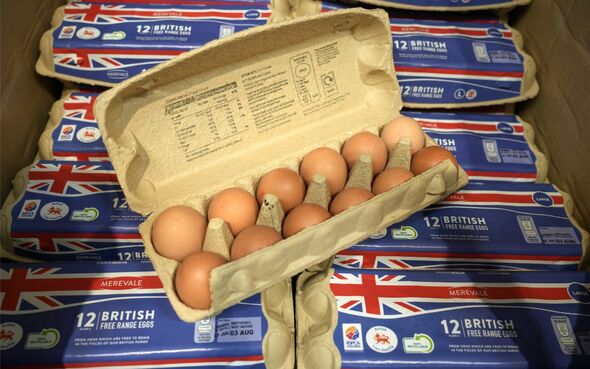 “Unfortunately, it can appear misleading to learn that not all products with the flag include 100 percent British ingredients.

“It’s likely people buy these items to support the local economy and farmers, as well as believing they generate fewer food miles.

“The poll shows more needs to be done about educating shoppers on what food labels mean, and to encourage food brands to use all British ingredients when so many of them are readily available here.”

The study also found the top pieces of information Brits feel are not currently clear enough on packaging include where food goods are made (47 percent), where ingredients are sourced (43 percent) and nutritional information (29 percent).

As a result, two-thirds (64 percent) would like to see clearer labelling on goods when it comes to where the ingredients are obtained.

Half of those polled, via OnePoll, would happily pay an average of 19 percent more for food products made with British ingredients than those without.

And 43 percent argued UK farmers are losing potential business if ingredients such as eggs, dairy, and meat are being imported from other countries.

Andrew Joret added: “The research shows consumers want and expect retailers to use British ingredients in foods, and find the current labelling confusing.

“Using British egg ingredients and adding the British Lion mark to food containing eggs is an easy way to keep customers happy, and show them that the eggs are British and meet the highest food safety standards.”