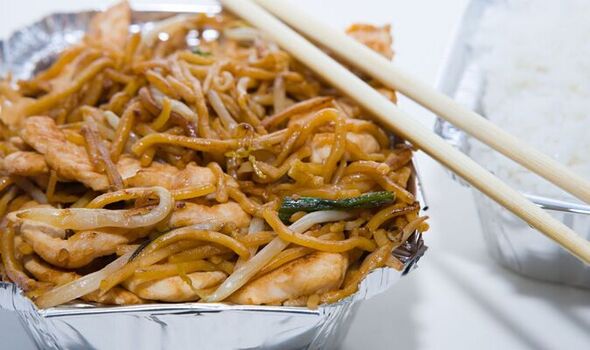 Typically, people in the south west of the UK spend £47 per month, and will order in a Chinese over other delicacies.

Scots fork out as much as £61-a-month, also favouring a Chinese takeaway – with one in five getting one at least once a week.

Vodafone, which commissioned the research, is partnering with JustEat on its “Vodafone Together” scheme, which is gifting customers a £12 voucher to spend on food.

A Vodafone spokesperson said: “It’s interesting how different the country is when it comes to their takeaway habits.

“For many, a takeaway is a bit of a treat that only comes around once in a while, while for others, it’s a regular staple.

“And for many it was seen as a way of bringing the family together during the pandemic.

“We’re really proud to be bringing Vodafone Together for families that want quality, reliability and flexibility and the savings are significant.”

The study found Londoners spend the most on their takeaways each month, paying out £73.70 – £20 more than the national average, and they also order more often than anyone else.

Londoners are also most likely to “rotate” their orders and try new restaurants, while people in Wales stick to the tried-and-trusted.

More than three in 10 (31 percent) of all adults always get the same thing out of habit, while for one in four simply opt for the closest takeaway.

But a quarter admitted they are “scared” to try something other than a favourite dish, in case it ends in disappointment.

It also emerged adults believe £12 should be enough to get them one side dish and one main – although one in 20 would expect one main, two sides AND a drink for this.

Friday night is deemed “takeaway night” for 30 percent, narrowly beating Saturday, when 25 percent are most likely to opt for one.

Nearly one in 10 (nine percent), however, will have a “humpday” takeaway on a Wednesday to see them through the rest of the week.

Just under half (47 percent) of those polled, via OnePoll, report an extra “spring in their step” on days they know they’ll be ordering dinner in.

Half get one as a treat, while 36 percent will choose one when they simply can’t be bothered to cook.

But 15 percent order one to save the pain of washing up after cooking, and one in 10 confess to giving in if the kids nag for long enough.