Crumpets are a delicious batter-based cake, eaten typically in the United Kingdom and Ireland. The name for the treat varies depending on location, also known as pikelets in some areas.

Crumpets are distinguished from similar sized muffins by being made from a batter, rather than a dough.

There are variations of making the breakfast food, with a 1932 recipe for Staffordshire pikelets specifying they were made with flour and buttermilk, with bicarbonate of soda as a raising agent, and suggests cooking them using bacon fat.

If you’d like a go at making your own crumpet – whether sweet or savoury – there are two recipes below.

One is for plain crumpets, and the second is for a sweeter variant – chocolate crumpets. 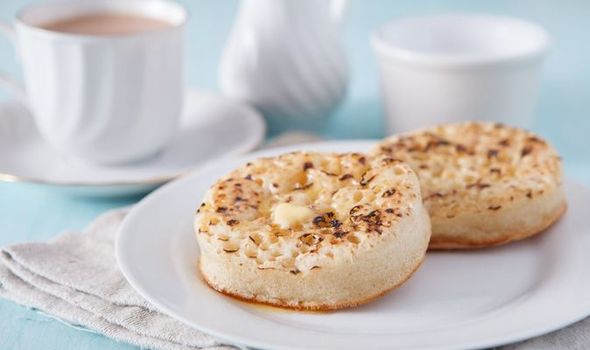 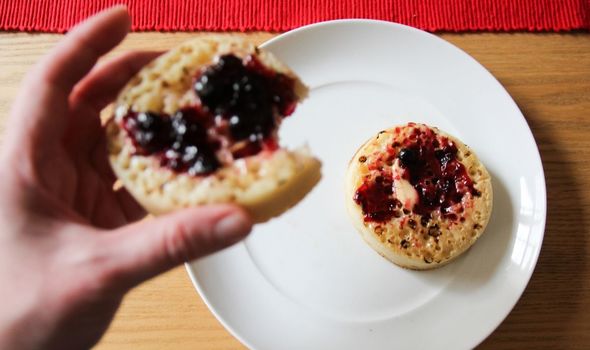 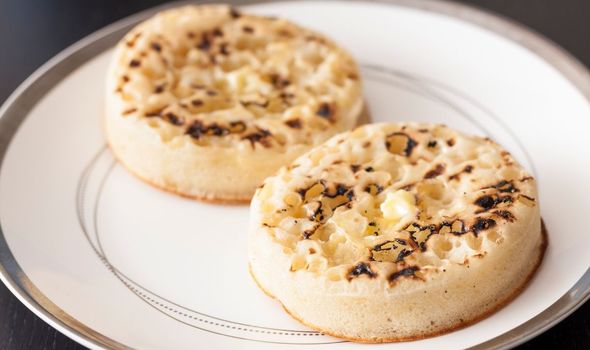 In a bowl stir together the yeast and 240ml warm water and let it stand for five to 10 mins. Add the warm milk, butter, salt and sugar. Add the flour and stir until the batter becomes smooth. Let stand for 30 mins.

Stir in the baking powder dissolved in water, leave to rise for 20 to 30 mins.

Grease a heavy-based frying pan with a little vegetable oil and heat over medium-low heat.

Lightly grease 4 x 9cm diameter crumpet rings. Spoon batter into the rings so it comes halfway up the sides. Reduce heat to low, cover with an upturned deep frying pan to give the crumpets space to rise. Cook until the tops look dry, about 10 to 12 mins.

Flip them over and cook for five minutes until golden and firm. Repeat with the remaining batter. Serve toasted with butter or with cheese melted under the grill. 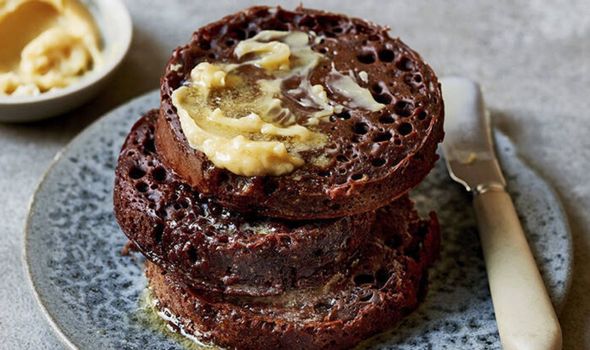 Warm the milk in a small saucepan on low heat. It should be just lukewarm, so you can dip your finger in it comfortably.

Add the flour, cocoa powder, sugar, yeast, bicarbonate of soda, and a pinch of salt to a large mixing bowl and mix to combine. Make a well in the centre and slowly pour in the milk, whisking all the time until you get a smooth batter.

It’s important not to over mix, so stop as soon as the batter is mixed. Scrape any batter from the sides of the bowl and cover with greased cling film. Leave in a warm place to prove (but not too hot or the batter will collapse) for two hours, until it has doubled in size and has lots of bubbles.

Add the butter and maple syrup to a large mixing bowl and whip until well combined. Return to the fridge until serving.

Preheat the oven to 170°C/150°C fan/gas mark 4. Grease two crumpet rings with some of the sunflower oil, and place in a large non-stick frying pan on low heat. Add as many greased rings to the pan as you can fit and let warm up. Carefully spoon the batter into each ring to just cover the bottom.

Sprinkle six chocolate chips over each crumpet and finish with another spoonful of batter until the crumpet ring is just under half full.