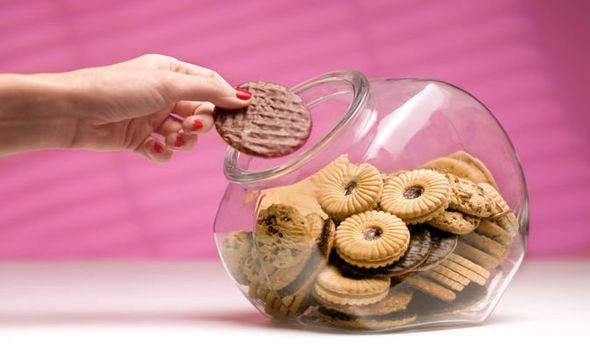 Unsurprisingly, many Brits are in uproar over the ratings, with more than 3,000 people chiming in to share their thoughts.

Twitter users were particularly angered by the inclusion of Weetabix into the vote at all. One woman said: “I just want to know who is eating Weetabix like a biscuit.”

Another exclaimed: “Who the hell is dipping their Weetabix in a cup of tea?”

To which another user unearthed the age-old debate “whether Jaffa Cakes are technically biscuits or cakes”.

Another woman said: “You have lost the plot mate! Garibaldis (cardboard with raisins) are bottom of the barrel. Custard creams are amazing, and only my nan likes fig rolls. Also, where on earth are the Hobnobs?!”

One man took the opportunity to praise Macmillan’s social media team for sparking so much attention. He said: “I want to meet Macmillan’s social media manager and shake them firmly by the hand, because the utterly insane addition of both Weetabix and Madeleines to this new *biscuit* rating chart is causing the sort of kerfuffle most social managers envy. Clever. Very clever.”

Amid the Twitter furore, Macmillan has taken the opportunity to encourage people to host a one of its Coffee Mornings on September 24 to raise money for people with cancer.

You can find more information about hosting a Coffee Morning and how to donate here.