Home Bargains has revealed that for the Christmas season they will be selling a giant chocolate bar of Toblerone, but customers were left shocked and outraged after discovering how much this festive treat is. How much did it cost?

The giant Toblerone bar, which is described by Home Bargains as “a fantastic gift which guarantees an impactful surprise,” weighs a whopping 4.5kg and has an enormous length of 80cm, it truly is a giant in the chocolate bar industry.

The sweet treat is available online and in-store, according to Home Bargains Facebook page, which joked: “We’re gonna need a bigger bag!”

Despite many enjoying the novelty chocolate bar, customers have been left outraged at the price, as currently, the giant treat is selling for a shocking £49, reduced from a whopping £73.

One bewildered customer joked: “Who in their right mind would pay that amount for a chocolate bar, especially a cheap one like that.”

Another added: “You want your head looking at if you’re gonna spend £50 on chocolate”. 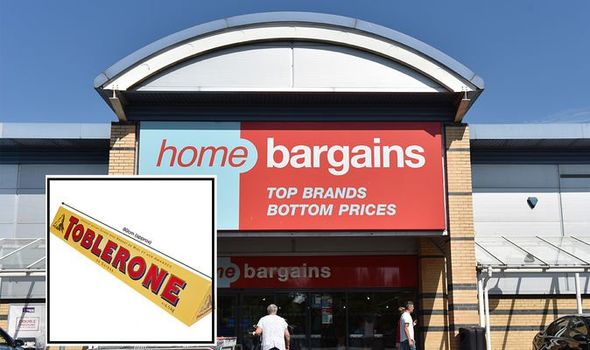 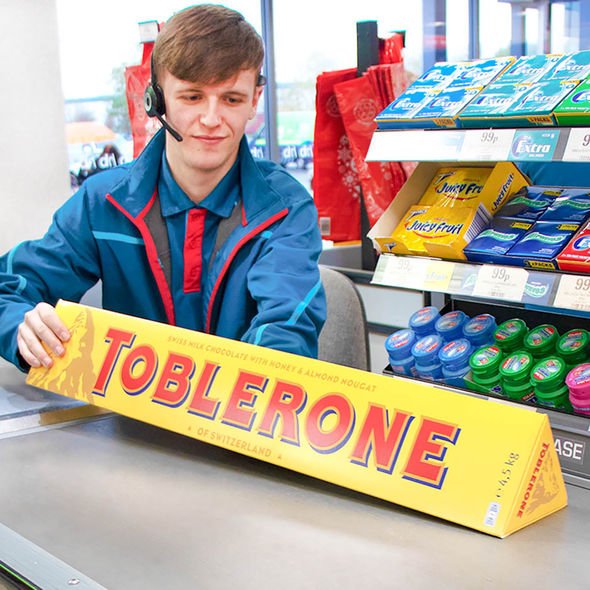 One customer pointed out the number of other Christmas gifts you’d be able to spend the cash on, while another asked if the retailer was joking.

Others added: “I really want one but I’m not quite at the level of madness required to spend £50 on a bar of chocolate” and “I’ll rather just get my weekly shopping than waste £50 on this”.

Some did, however, like the idea of the chocolate treat – tagging their friends and asking for one as a Christmas present.

One person said: “Will definitely need a bigger Christmas stocking and might need to put Christmas dinner back an hour so I can finish it!”.

Whilst another said: “Is this for real? Do I risk diabetes this Xmas? Yes, I think I will.”

A third joked: “How do I get that [giant Toblerone] home on my mobility scooter?”

The giant Toblerone bar can be bought at Home Bargains online or in-store for £49.

In other pressing chocolate news, Cadbury has been slammed for its “Ultimate Selection Box” after outraged customers protested: “Who would pay £25 for the cardboard box?”

Popular chocolate maker Cadbury has been targeted by fans after selling its Ultimate Selection Box for between £45 and £50 despite claims the chocolate in the box is worth half of that sum. 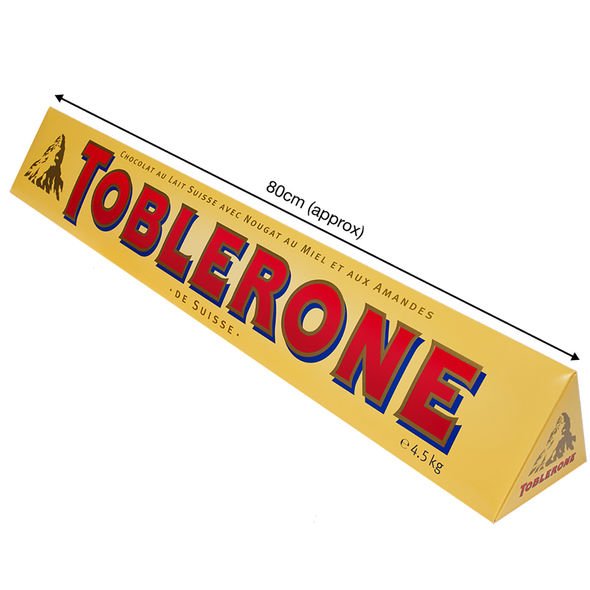 Cadbury chocolate is a huge part of Christmas for many as fans of the brand indulge in the confectionary. The company’s Christmas offering each year involves the Cadbury Ultimate Selection Box.

The huge selection box was meant to get many chocolate lovers excited but it seems to have angered a lot more than anything else with several Britons complaining over the deal.

“Best of luck fitting this under the tree….”

The limited-edition box measures a massive 75cm x 48 cm x 4cm, and weighs in at 2.1kg and includes 26 chocolate bars. 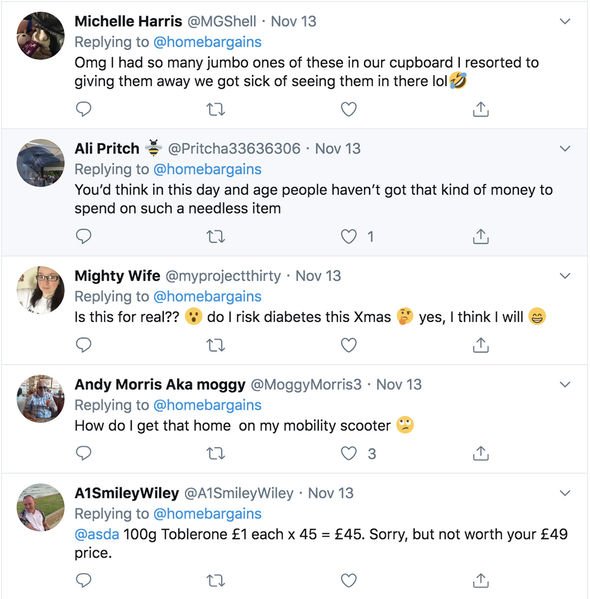 However, users of LatestDeals.co.uk, a money-saving website, criticised the product, posted by a man named Shane Butler.

“Could make it myself for £25 and even have chocolate left over to do a smaller one.”

“It could be because there are 2 Cadburys World tickets inside and think they retail at £12.85 each.”

This is not the first time the company has been hit with similar complaints.

Last year the very same issue was raised with the same product.

The 2018 Ultimate Selection Box was 50 percent more expensive to buy than the individual products it contained.