The multinational food and drink company Nestlé took to social media this week to announce the launch of its vegan Kit Kat, coming soon in 2021. Fans of Kit Kat were delighted to hear the news.

Instead of milk chocolate, Nestlé has used cocoa with a rice syrup to make the vegan Kit Kat.

The rice syrup helps emulate the texture and taste of milk chocolate.

Head of Nestlé’s Confectionary Product Technology Centre, Louise Barrett, said: “We used our expertise in ingredients, together with a test and learn approach, to create a delicious vegan alternative.”

The news of the vegan Kit Kat follows the release of other vegan products by Nestlé. 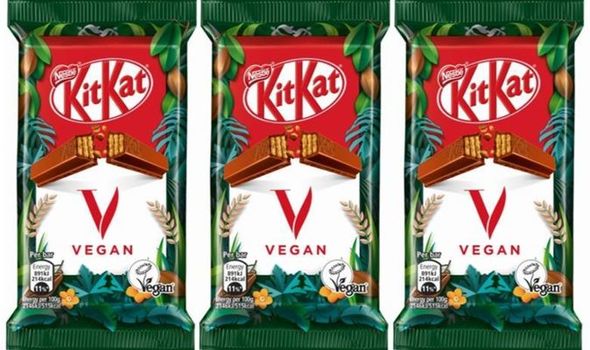 In January this year, the food brand also launched a new range of vegan Fruit Pastilles.

The Fruit Pastilles do not contain gelatine and are vegan-friendly.

The Bounty and Topic vegan chocolates were launched in January this year, while a trio of plant-based Galaxy chocolate bars were first available in 2019. 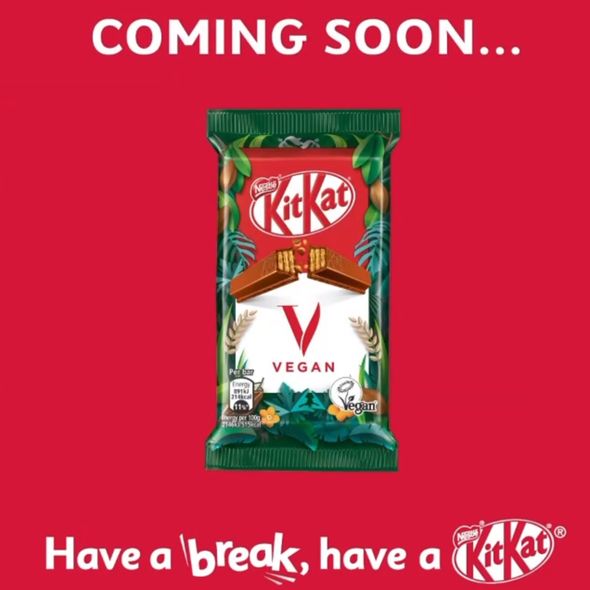 Nestlé wanted to launch another vegan product after it saw “an incredible response” to its Fruit Pastilles in January.

The company’s Head of Confectionery, Alexander von Maillot, said: “One of the most common requests we see on social media is for a vegan Kit Kat, so we’re delighted to be able to make that wish come true.

“There is a quiet food revolution underway that is changing how people eat,” he added.

“We want to be at the forefront of that, championing the discovery of plant-based food and beverages.”

Fans of Kit Kat were delighted to see that a vegan version of the popular chocolate bar is coming soon.

In a caption accompanying an image of the chocolate bar, Kit Kat wrote on Instagram: “You asked we listened.”

Another added: “Omg yes it couldn’t be better!! I can’t wait to try it. Thank you, Kit Kat.”