Marks and Spencer is well known for its high-quality food and iconic sweets and treats, from Colin the Caterpillar cakes to the Percy Pig range. One of its best-loved ranges is its Extremely Chocolatey selection – chocolate-coated biscuits that are heavier on the chocolate than the biscuit itself. M&S has added to the delicious range this week, much to its customers’ delight.

The luxurious biscuits were first launched 18 years ago and are now a firm favourite among M&S shoppers.

But biscuit lovers are even happier now that the brand has announced even more chocolate products are joining the range.

Four indulgent new varieties have been added to the Extremely Chocolatey line-up this week and are available in stores now.

The announcement has already gone down well with its food fans who are already planning their shopping trips to pick them up. 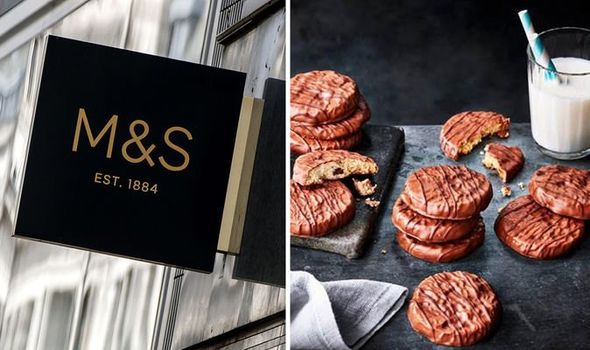 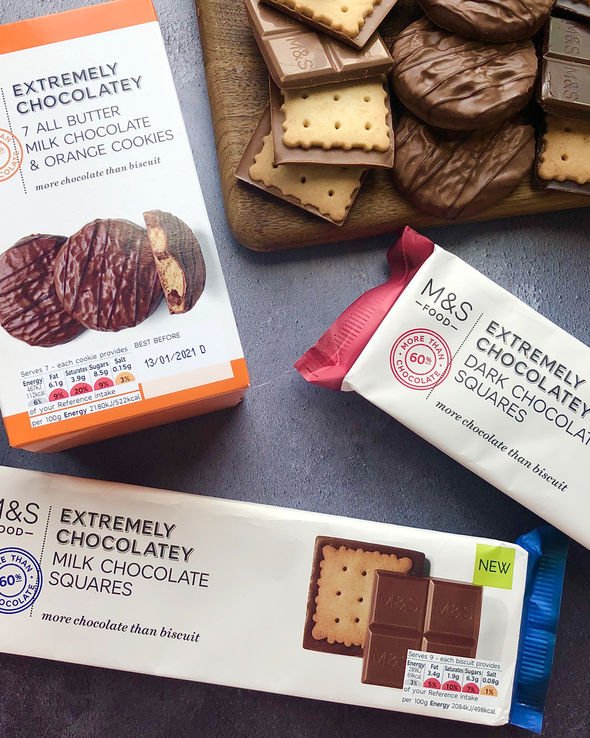 After months of bad news around the country, Marks and Spencer gave shoppers something to look forward to as it posted the update on Instagram.

“Hold on to your hats because we’ve just launched FOUR new flavours of our extremely popular Extremely Chocolatey Biscuits – the range known for being ‘more chocolate than biscuit’.

“Perfectly paired with a cuppa or glass of milk, which will you try first – our Extremely Chocolatey Milk Chocolate and Orange Cookies (£2), Double Chocolate Chip Cookies (£2), or the perfectly ‘snappable’ Milk and Dark Chocolate Squares (£1.50).”

The company is famed for its “This is not just food” slogan, and it seems its customers couldn’t agree more.

“M&S chocolate biscuits are the best!” said one commenter on the post, while another added “These all sound amazing”.

One user said: “This is the news the world needs,” although others were disappointed at the size of the pack.

“I’m sorry – but seven biscuits in a packet? That doesn’t work for anyone…!!!” they joked. 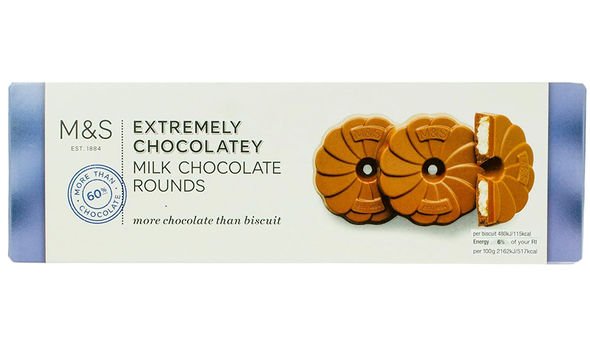 Marks and Spencer’s Extremely Chocolatey range is so popular that one biscuit is eaten every second in the UK, according to the brand.

M&S said that over 7.5million packs of Extremely Chocolatey Biscuits have been enjoyed over the last year.

However, biscuit fans will have even more to choose from thanks to the tasty new range.

The four new products join the existing seven treats in the range, including the iconic Milk, Dark and White Chocolate Rounds.

Shoppers seemed especially excited about the new chocolate orange cookies; the all-butter cookies are made with Belgian chocolate chunks and orange as well as a drizzle of dark chocolate.

Available in packs of seven, they’re joined by Extremely Chocolatey Double Chocolate Chip Cookies which feature the same recipe without the orange zest.

However, the Milk Chocolate Squares are likely to be just as popular.

The crisp yet buttery biscuits are coated on one side with creamy milk or rich dark chocolate, and are over 60 percent chocolate.