Mary Berry is a chef and cookbook author who will often share her favourite recipes. She has previously detailed an easy recipe to make scones. 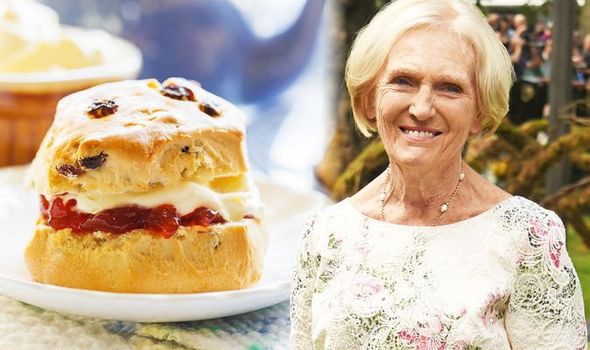 Speaking in unearthed footage on Afternoon Plus, Mary shared a recipe to make plain scones.

Mary began by adding self-raising flour, baking powder and a pinch of salt into a sieve over a bowl.

She stated: “I’m not a great one for sieving but if you’re adding baking powder it is a good idea.”

Once sieved into the bowl, she added softened butter and rubbed it together using her hands.

Combine the mixture until it is light and looks like breadcrumbs before adding the sugar.

Mary then beat the egg in a measuring jug before adding to the milk.

She explained: “I’ve poured the milk slightly over as I’m going to glaze the scones and it’s a good idea to leave some in the bottom of the jug.”

The egg and milk mixture can be put into the large bowl, leaving a small amount in the jug, and mixed with a fork or knife. 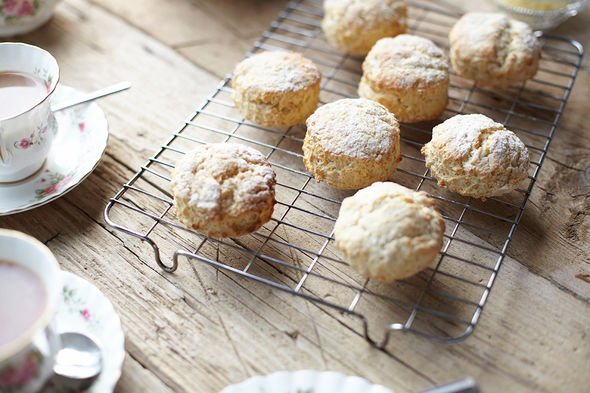 When the mixture starts to combine, work it around the outside of the bowl before placing onto a work surface which has been dusted with flour.

Cover a rolling pin with flour before rolling the mixture out to roughly half an inch.

Cut the dough into circles and place onto a greased tray, making nine or ten scones.

The cooking expert then glazed the scones with the remaining egg and milk mixture. 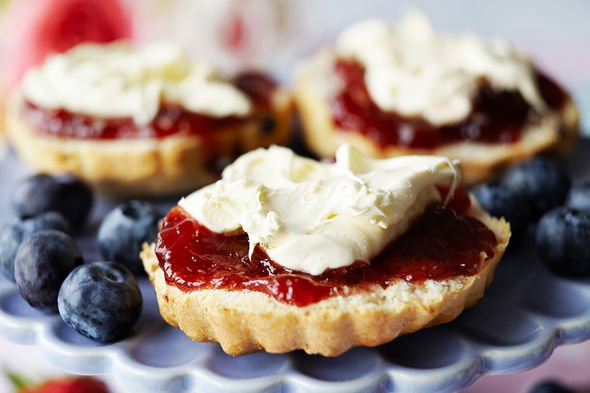 Mary continued: “Then you want to bake these in a hot oven for around 10 minutes.”

Bake until the scones are well risen and a light golden brown colour.

Leave to cool then serve with jam and clotted cream.