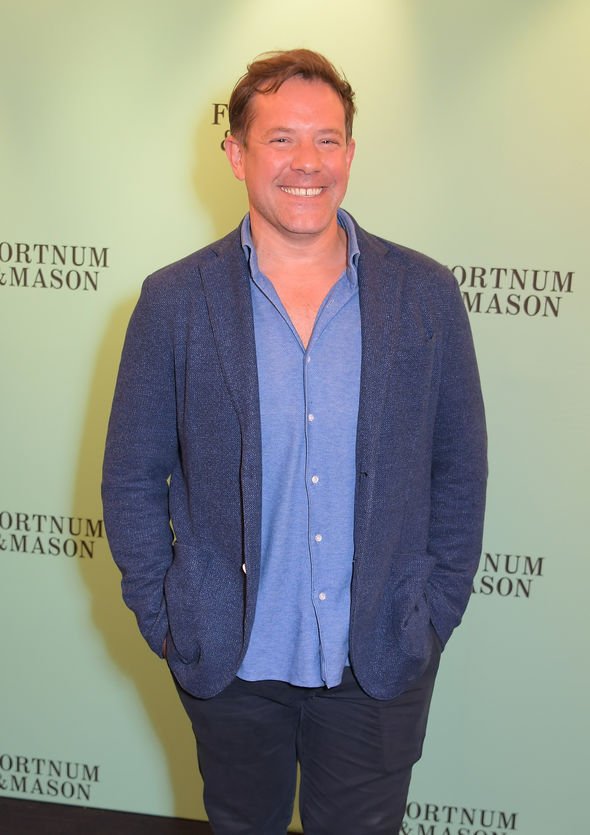 Matt Tebutt will return to British TV screens today to front his weekly cooking show, Saturday Kitchen, on BBC. The 47-year-old took over the presenting role from former host James Martin in 2016.

Before 2016, Matt often stood in for James Martin on Saturday Kitchen and, at the same time, ran an award-winning restaurant in South Wales.

Matt owned The Foxhunter in Nant-y-derry near Abergavenny for 15 years before selling the business in 2012 to concentrate on his TV career.

The restaurant won a number of awards while Matt was at its helm, including the AA Restaurant of the Year for Wales.

It has been leased as a pub since Matt decided to move from South Wales and back to London to focus on his presenting ventures.

As well as Saturday Kitchen, Matt has hosted and co-presented a slew of other TV shows, including Channel Four’s Drop Down Menu and ITV’s Save Money: Good Food.

In 2015, it was announced that Matt had partnered with the Hilton in Bournemouth to oversee the hotel’s Schpoons & Forx restaurant and iconic sky bar, Level8ight.

The chef took over the restaurant in December that year and opened the sky bar at the same time.

Meanwhile, the bar offers a range of cocktails, spirits, craft beers, and wine.

Level8ight is the highest bar in Bournemouth and features floor-to-ceiling windows with magnificent views overlooking the town’s bay.

It also has as many as 50 outside seats.

Matt’s restaurant and bar are still going strong since their opening in 2015 and visitors have been quick to share their opinions about the place online.

On Tripadvsior, user Peter from Poole wrote: “The food was really good, nearly all the boys went for the sirloin, I went for the Monkfish. All very good. The service was excellent.”

User Claire commented: “The food was delicious! So flavourful! Will definitely be returning here for the top notch service and the quality food and drinks!”

Kim said: “We had the best time having the bottomless brunch for my hen party. Food was great and the staff was quick to refill our drinks. Massive shout out to our waiter Kian Cross who just made the whole experience really fun and special. He will be the main reason that we will be returning for another bottomless brunch!”

User Clive wrote: “Fabulous experience, the food was exquisite. The staff from the barman who made the cocktails to the attentive and friendly waiting staff and finally to the cheerful chefs who presented a beautiful meal. Looking forward to returning to this hidden gem in the near future.”

Meanhwile, user Daniel said the restaurant’s lamb shank was “to die for”.

He added: “Love this place… Amazing steaks and the best olives around… But tonight I asked the chef to recommend. James and Jerry both recommended the lamb shank… Amazing, melt in the mouth and full of flavour the accompaniments finished it off perfectly and it looked fantastic. My wife had the stonebass. Also amazing and I couldn’t fit in a pudding, but she managed a panacotta. The service was excellent. Had to cut dinner short as our 10-week-old wanted to get home to bed… But will definitely be back.”

User Nicole added: “The food was absolutely amazing but having Gabriele serve us was even better! He was very professional, attentive & we will be returning because of how he made our experience! Thank you Gabriele.”