The Queen is a woman of routine, preferring to eat the same foods, rather than trying new dishes. According to a former royal chef, there was one time he displeased the 96-year-old monarch when preparing a menu during her stay at Balmoral.

Darren McGrady previously said the Queen is not a “foodie”. Instead she always “ate to live rather than live to eat”.

One way to get a new dish approved by Her Royal Highness was to show her the full recipe, including ingredients and method.

“She’d have to look at the whole recipe before saying, ‘Yes ok let’s try it,’” he added.

Recalling one summer between 1982 and 1993, Darren explained how he suggested the Queen try a Scandinavia pudding using Balmoral’s homegrown strawberries. 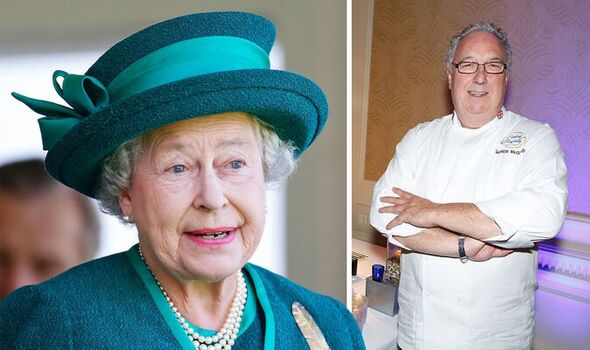 But to his mistake, when sending up the menu for that week, he forgot to include the recipe for the new dish.

“I still remember the one time I made her really angry, or maybe just a little bit frustrated,” Darren said in a recent YouTube video.

He went on to reveal how the kitchen and Queen discuss what’s on the menu: “The Queen communicates with her chefs through a red leather-bound menu book called the Menu Royale and that’s where the chefs suggest breakfast, lunch, afternoon tea and dinner.

“The Queen actually chooses what she wants for those meals, that way the chefs can get the food in and prepare everything. We usually get about three days’ notice.”

He said this was a “foolproof” way of working, but reiterated that “whenever you put a new recipe on for the Queen, she likes to see the recipe”.

Most of the time, the Queen eats the same food, but when it’s a new dish, and the chef forgets to “send the recipe up” they would receive a note in return.

“This is what I got from the Queen,” Darren revealed and held up a “handwritten note” which read “What or who are the Veiled Farmer’s Daughters?”

As for what the dessert Veiled Farmer’s Daughter is, Darren was inspired to make it by the “abundance of strawberries in the garden” at Balmoral Castle. 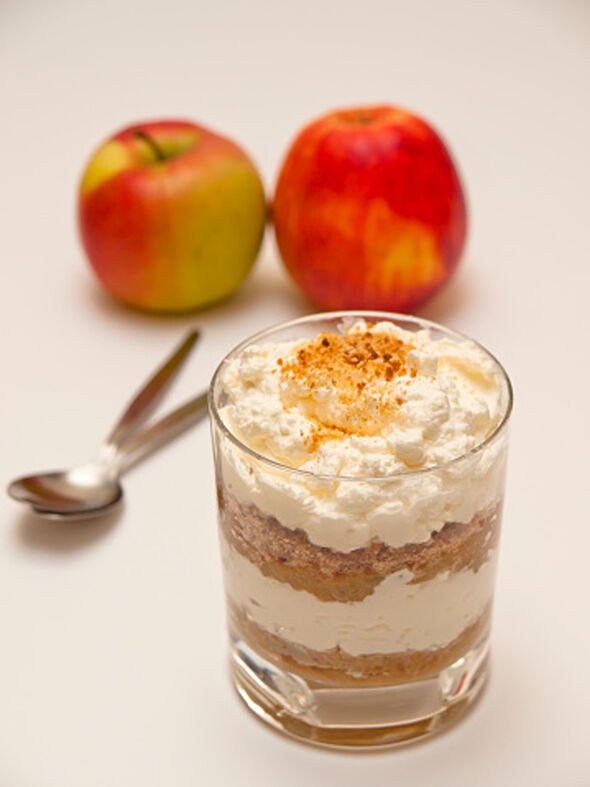 It is a Scandinavia dessert called Tilslørte bondepiker, otherwise known as Veiled Farmers Daughter and is layered with fruit, cream and a crunchy topping.

He then proceeded to show his subscribers how to make the dessert, and it involves soaking strawberries in orange liqueur, or orange juice if children are to eat it, before placing it into a glass and adding a dollop of whipped cream on top.

The third layer would be made of breadcrumbs, cinnamon and muscovado sugar which had been lightly toasted in the oven to form a crunchy granola-like texture.

He would then repeat the layers before serving.

While Darren liked to use strawberries that were in season, the dessert is traditionally made with applesauce or even pears.

But, the Queen likes to eat strawberries “three to four nights a week” while they are in season in Scotland.

“Send them up to her in January when they’re not in season, however… off with your head!” He joked.