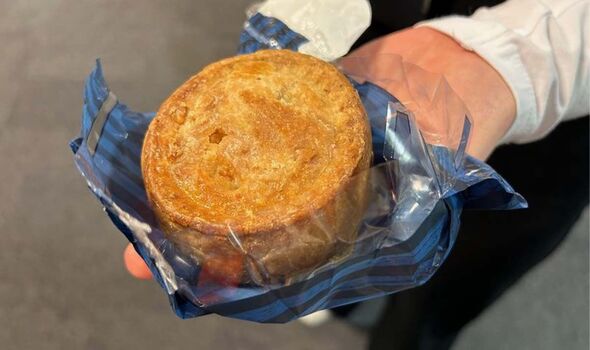 When it comes to Christmas, we all enjoy a bit of beige food. With that in mind, a team from he Liverpool ECHO decided to taste test pork pies from some of the biggest supermarkets on the high street.

Pork pies are a buffet essential and you can pick them up in snack size, super size or with added festive flavours like cranberry and pickle. This week, the ECHO put four different pork pies to the test, rating them on taste, price, appearance and overall value for money. Here’s the results:

Pork Pies are a Christmas must-have in my house and I love tucking into them with a bit of piccalilli on the side. I tend to prefer a larger pork pie sliced up, rather than these snack sized ones, as I find the pastry to be better quality. But M&S can usually be trusted when it comes to food on the go, so I was hopeful I’d enjoy these.

You get six in a pack for £3.20, which isn’t the cheapest on the high street, but it still works out as 53p a pie, which I think is pretty reasonable. The pastry had a nice golden colour to it and didn’t crumble to bits when I bit into it. It had a soft, butter flavour to it, but was just slightly lacking in taste if I’m being picky.

Inside, there was plenty of meat and just the right amount of jelly round the sides to help keep it moist. The pork was well seasoned and thankfully there were no unpleasant gristly bits. I’ll be honest, I recently tried the Sainsbury’s Taste the Difference Mini Melton Mowbray Pork Pies and found them to be superior in taste to these from M&S as the pastry had that crisp, hot water crust texture that I really enjoy, but at £3.95 they will set you back that little bit extra in cost.

Where to buy: M&S Food Halls or at Ocado

I’m a vegetarian so couldn’t partake in this review myself. Luckily, one of my colleagues was happy to give the Tesco Melton Mowbray Pork Pie a try and let me know what he thought of it. Priced at £1.55, the pie is made up of seasoned uncured pork baked in rich hot water crust pastry.

My colleague informed me that the pastry had a nice texture, and that a real highlight of the pie was that it contained just the right amount of jelly. The only critique he had was that he felt that the pie was quite bland and needed more flavouring to it or to be made with better quality pork. Overall, he was pleased with the pie and would eat it again.

Where to buy: Tesco stores or online

Like my colleague, I’m also a vegetarian so couldn’t partake in this week’s supermarket taste test. We did try and track down a vegetarian version of the quintessentially British snack but to no avail.

I must confess, having been vegetarian for 13 years, I’ve never even tried a pork pie but luckily, there were many volunteers in the newsroom. Lottie Gibbons, from Wigan, is a self described “pie connoisseur” and she wasn’t impressed with Sainsbury’s pork pie.

After taking a few bites, she said: “It’s not great – I’ll eat it but it’s not great. It’s bland. The pastry is quite nice on the outside but inside it’s bland and from the filling, you wouldn’t know you were eating pork at all. I like the fact there’s not a lot of jelly in it but it definitely needs more seasoning. It’s not inedible but it’s not great.” Lottie said she wouldn’t be going out to buy another one in a hurry.

Where to buy: Sainsbury’s stores or online.

I absolutely love a pork pie, and although they’re considered a bit of a ‘naughty’ snack, the pork pie is definitely a staple over Christmas. A beige buffet isn’t complete without pork pies, and since Asda is the home of my weekly shop, I had to try out their mini ones.

For £2.15, you get 10 mini pork pies in a box, which I think is really good value. I had really high hopes for the Asda pork pie but I was slightly let down with the amount of pastry.

It wasn’t quite even, and the meat filling didn’t really come through as much as I’d have liked it to. There was a lot of pastry in comparison to the meat, and as much as it did taste okay, I just wish the pork pie had a bit more flavour.

Don’t get me wrong, it was good, but it definitely could’ve been better. I still think it’s a really reasonable price for what you get though, even if they were ever so slightly bland – still, I would eat it again.

Where to buy: Asda stores or online