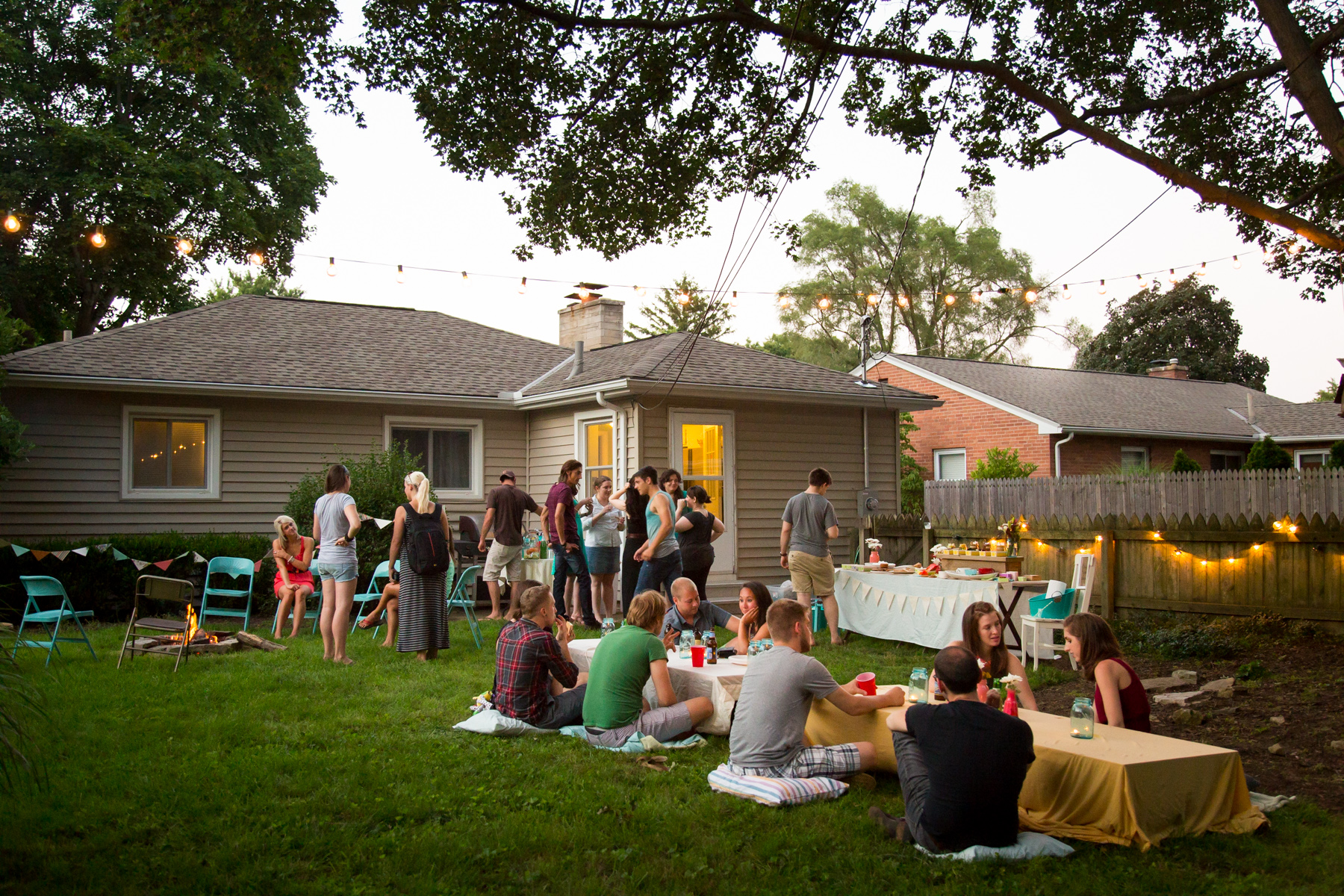 Cornhole is fun and all (especially if you get a custom game set on Etsy!), but it’s not the best lawn game you can be playing this summer. Yes, I realize this statement might make me relatively unpopular on the internet. I’m glad I said it, though, and I stand by it.

What is the most fun game you can play this summer? Kubb! Pronounced “kuuuuub,” the game is said to date all the way back the Vikings, although there’s a lack of legit evidence to prove it. To play, you need two teams, a Kubb set, and some yard space.

Each team stands about 25 feet apart and sets up a line of five Kubbs (the unpainted rectangular pieces pictured above) directly in front of them with the King (the painted block) placed perfectly between the two teams. This is your field, which is technically called the pitch. The rules vary based on where you’re playing, but the general idea is that the teams take turns throwing batons at their opponent’s Kubbs. (Usually, the Kubbs that are knocked over are thrown into the middle for another challenge.) All five must be knocked down before you can go after the King. The first team to knock that baby over wins. Knock the King down early and it’s like sinking the eight-ball early in pool, which is to say you ruined the game.

Doesn’t it sound like fun? Hear me out: What I like about is that you don’t even have be playing to care about the game. It’s a quick-to-catch-on spectator sport — especially when one (or both) team happens to be on fire. I’ve been in games that last just 15 minutes and others that take almost an hour.

This will be my fifth summer playing Kubb with my friends and, I have to say, it’s seriously the most fun we’ve ever had. We love it so much we’ve discussed the idea of painting our Kubb pieces to make the game even more personal. We play Night Kubb with a bunch of battery-powered lanterns lighting the way. We play during the day with hot dogs (and beers!) in hand. The only thing we haven’t done is played Snow Kubb during the winter, which is apparently a recommended activity!

We’re getting so serious about it, I’m honestly thinking about splurging on a special set that’s already painted (because my set is not covered in grass stains).

My point? It’s summer (finally!) and this is the perfect game to keep you and your friends entertained during backyard cookouts and patio potlucks.

Have you ever played Kubb? Do you agree that it’s better than cornhole?