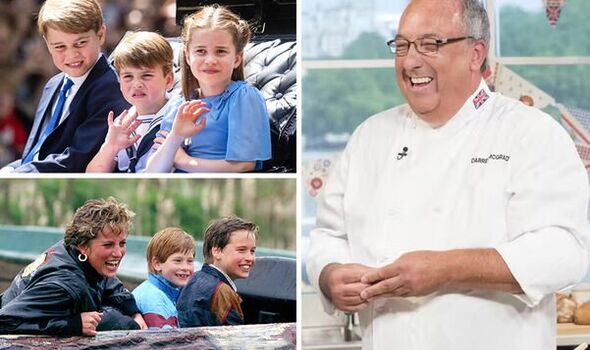 The Royal Family have the privilege of eating the finest foods in the world, created by some of the best chefs. And to refine their palettes, the royal children are forbidden from eating processed and pre-packed food. Former royal chef Darren McGrady explained what the royal children eat.

Darren first started working for the Queen in 1982 when he moved to the Royal Kitchen at Buckingham Palace.

He cooked for the monarch for 11 years before moving to Kensington Palace as a Private Chef to the Princess of Wales.

For four years (until the tragic accident in August 1997) he took control of Princess Diana’s, William and Harry’s day-to-day menus and the preparation and catering of private and official lunch and dinner parties, liaising with the Princess daily.

During a conversation with TODAY.com back in 2013, he explained how the royal children’s food was prepared separately from the main meals but included some of the same ingredients. 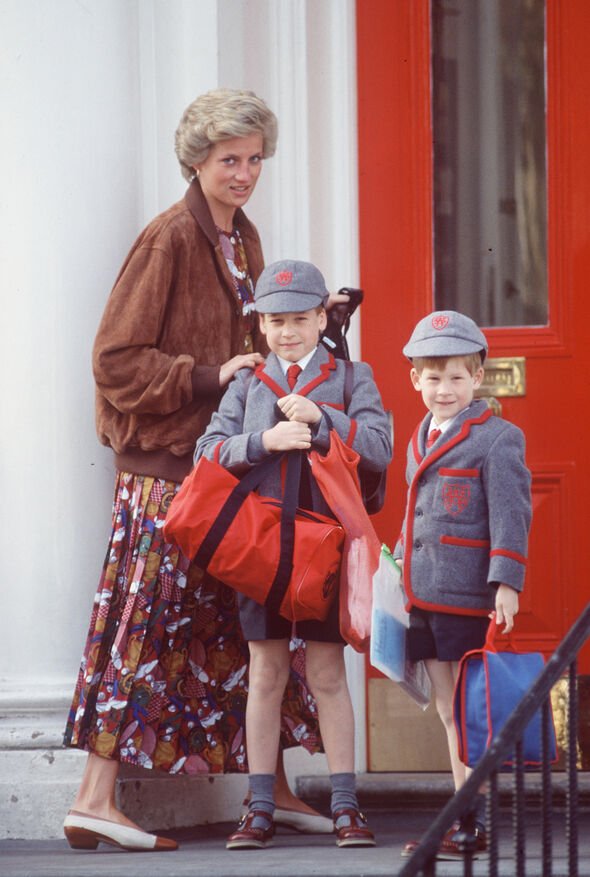 He said: “I’ve certainly never seen packaged food with any of the royal babies. Why would they buy packaged food when the queen has 20 personal chefs?”

Pre-made or packaged food for children and babies is extremely common, time-saving and sometimes money-saving too.

During his career, Darren cooked several meals for the young princess, explaining how he would puree steamed apples and pears from the Queen’s Sandringham country estate for the royal children’s first meals.

According to him, the purees had to be sieved twice to be sure no lumps remained, something Darren believed would be given to the new royal baby at the time.

He also revealed how there was a “dedicated team” of chefs making the royal children’s meals.

“As they got older, you’d have one chef in the kitchen doing the chicken, one doing the veg, and then it would all be blended; it was a major operation cooking for them,” he said.

Royal children as also encouraged to try everything – including vegetables.

Darren said Prince William and Prince Harry’s nanny made “sure the boys ate their broccoli and Brussels sprouts”.

The chef added: “If it was left to the boys, it would be cheeseburgers, pizza, chicken nuggets, and loaded jacket potatoes.”

It comes as another former royal chef, Carolyn Robb, revealed how Diana would let a young Harry eat sweet foods in the morning.

During an interview with The Sunday Times in 2019, Carolyn explained how Harry would favour treacle tart.

She recalled one time when he came into the kitchen before breakfast asking for one but said he needed permission from his mother.

The chef explained how she kept a supply of treacle tarts in the palace freezer for Harry, but William preferred chocolate biscuit cake.

As for what some of the current royal children eat, the Duchess of Cambridge has shared an insight into family life with her three children; Prince George, Princess Charlotte and Prince Louis.

Kate explained: “I’ve done that with George and Charlotte – making pizza dough. They love it because they can get their hands messy.”

As well as homemade pizzas, pasta is another favourite in the Cambridge house – and the royal kids even get to make it themselves!

“One stirs the flour, one puts the milk and butter in” to make cheesy pasta for dinner.