Waffles are made from dough and cooked between two plates, which gives them a characteristic size and and shape. Although most associate the waffle with Belgium, the dish has become a favourite worldwide and many countries have their own way of making – and baking – them.

In Belgium alone, there are more than a dozen regional varieties.

However, other alternatives are Scandinavian style waffles, made in a heart-shaped waffle and are very thin compared to Belgian waffles.

Pandan waffles originate from Vietnam and are characterised by the use of pandan flavouring and coconut milk in the batter.

American waffles vary significantly, but are generally denser and thinner than the Belgian waffle and are often made from a batter leavened with baking powder. 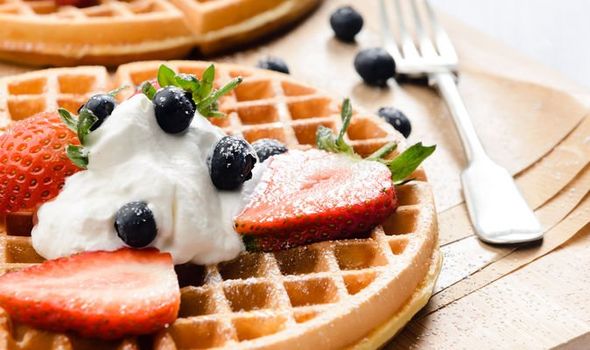 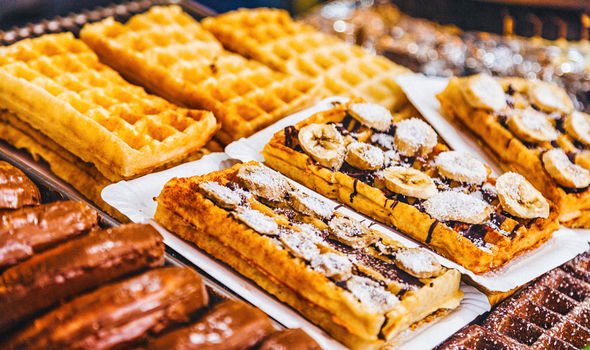 How to make classic waffles

Unlike Belgian waffles, classic style waffles tend to be much thinner and smaller overall.

They are crispy on the outside like classic waffles, and much softer and fluffier on the inside.

A classic waffle recipe includes basic ingredients you probably already have on hand. 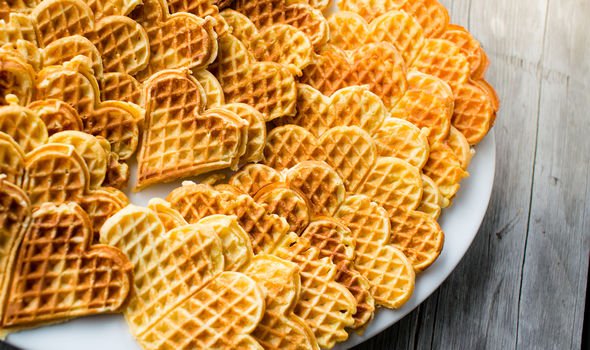 DON’T MISS
Fairy cake recipe: How to make fairy cakes [RECIPE]
Mary Berry net worth: The fortune baking queen has made from cakes [INSIGHT]
How to ripen bananas in 15 minutes [TIPS]

To make this waffles, you need approximately 25 minutes – 10 to prepare the dough and 15 to cook.

Step one: Preheat your waffle maker to your preferred temperature.

Step three: Beat the eggs in a separate bowl and stir in milk, butter and vanilla. 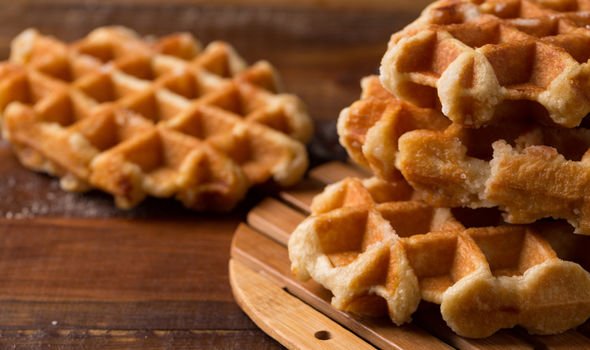 Step four: Pour the mixture into the flour mixture and beat until completely blended.

Step five: Using a scoop, pour the the right amount of batter into the preheated waffle maker.

Step six: Cook the waffles until golden and crisp.

You can serve immediately or allow them to cool down before putting them in the freezer to save for a late occasion.