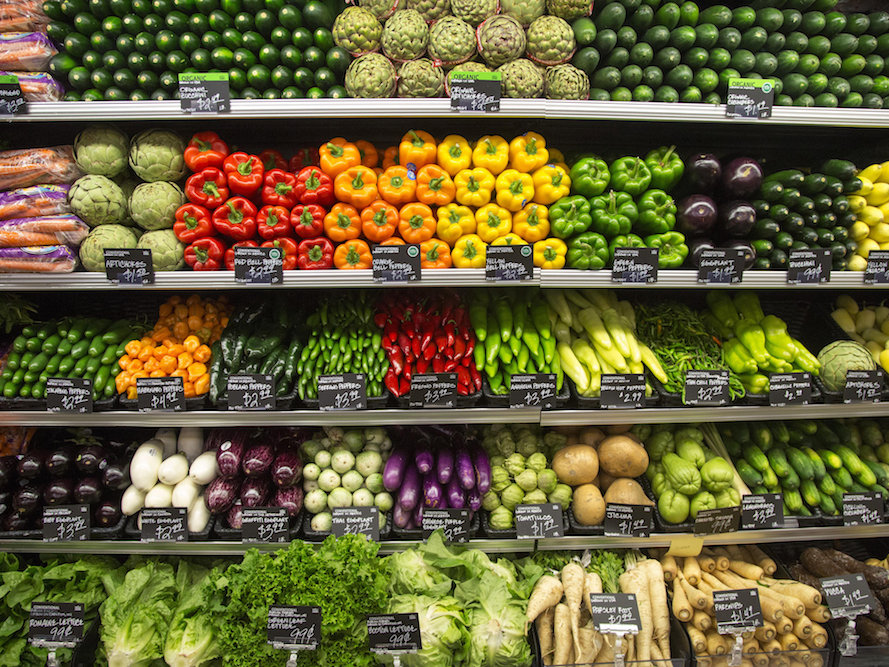 You’ve seen at least one photo comparing the calories by volume in two different foods. You know the ones—a huge pile of broccoli beside a tiny cookie. The underlying message is that you get waaaay more bang for your buck with the broccoli. Use this principle to create an eating plan for weight loss and you’ve got the Volumetrics Diet. The premise: By eating larger portions of low-calorie foods (e.g., broccoli) and smaller portions of high-calorie foods (e.g., cookies), you’ll feel satiated while consuming fewer calories. (Related: This Diet and Workout Plan Claims to Help You Hit Your Goal Weight In 80 Days—but Is It Even Safe?)

What is the Volumetrics diet?

Volumetrics is a diet plan that was created by Barbara Rolls, Ph.D. She’s released three guides, The Volumetrics Weight-Control Plan (2005), The Volumetrics Eating Plan (2007), and The Ultimate Volumetrics Diet (2013), each explaining the reasoning behind the diet with tips, food lists, and recipes. The golden rule of the Volumetrics diet is that you should eat larger portions of low-calorie foods, like vegetables and fruits, and be more restrained when it comes to high-calorie foods such as dairy and meat. In The Ultimate Volumetrics Diet, Rolls refers to water as a “magic ingredient” to lower the caloric density of a meal. Meaning: Adding water to a meal adds density (or volume) without calories, so soups and smoothies, as well as foods containing high amounts of water (think cucumbers and watermelon), are encouraged.

What are the rules of the Volumetrics diet?

Rolls recommends eating low-calorie fruits and vegetables with every meal, eating a lot of salads and broth-based soups, and limiting snacks, desserts, and other high-fat foods. In The Ultimate Volumetrics Diet, she splits foods into four categories by caloric density. Category 1 includes low-calorie foods such as fruits and non-starchy veggies that she says you can eat freely. Category 2 includes whole grains, lean proteins, and low-fat dairy and should be eaten in “reasonable portions.” Category 3 includes breads and fattier meats and dairy, which should be eaten in smaller portions. The highest caloric density foods in Category 4 should be limited the most: desserts, roasted nuts, and high-fat meats. Additionally, the book suggests eating protein throughout the day and including whole grains.

Snack Vs an actual meal! I have no issue with nuts or snacks to an extent although grazing may impair optimal digestive capacity. Snacking on Nuts is pretty tough task and requires discipline. How many people are guilty of just inhaling a 100 gram bag of nuts!??‍♂️ Nuts use to be my downfall a few years back when I was on the 100% Team Paleo way of living. Different Nuts have various nutrients and calories but they pretty much high calorie dense foods. They have some great benefits as long as your considering the hidden nasties such as hydrogenated fats or sugar or “natural” flavourings often added to them. — Eating snacks which are lower in calories, foods which are easier to Portion control are probably going to be more sustainable for most. Or just actually weighing or using your thumb size as a guide. —— The Comparison is; My handful size of macadamia Nuts – 60grams V Meal prep by me; wild salmon + egg and all the Plants ? such as tomatoes + green beans + sweet potatoes ? + rabbit leaves. —— Just food for Thought for those who be snacking on the so called healthy nuts. Also supermarkets are Pretty Savvy swapping the sugar laden processed foods with bags of nuts ? now at the checkout aisle shelves. They don’t miss a trick. Money money money no care for your health or waistline. Ryan ??❤️. —— . . . #cleaneating #healthyeating #healthyfood #glutenfree #paleo #healthychoices #fitfood #cleaneats #healthyliving #weightloss #nutrition #plantbased #healthylifestyle #paleodiet #caloriecounting #whole30 #primal #weightlossjourney #healthysnacks #lowcarb #lchf #jerf #paleolifestyle #cleanfood #eatrealfood #organic #bbg #slimmingworld #dairyfree #keto

What are the pros and cons of the Volumetrics diet?

A big benefit of the Volumetrics diet is that the foods you can eat in abundance on the Volumetrics diet are also some of the healthiest. “The focus on fruits and veggies means you’ll get the vitamins, minerals, and plant compounds that your body and mind need,” says Samantha Cassetty, R.D. (Low-calorie produce is high in fiber—the most important nutrient in your diet.) And the Volumetrics diet can be an effective way to encourage weight loss without feeling hungry, says Cassetty.

On the other hand, it also encourages cutting back on high-calorie foods that are good for you. “Limiting healthy fats isn’t ideal,” she says. “Foods like nuts, nut butter, and avocados may not be low in energy density (calories), but they keep meals tasty and satisfying. Plus, in my experience, balanced meals that contain healthful fats help people stay fuller longer. Fruits, veggies, and broth-based soups only get you so far.” In addition, healthy fats contain compounds that help lower inflammation, which might help with weight loss, she says. Plus, a recent study of nearly half a million people found that diets of any kind that restrict entire food groups (in this case, healthy fats) can actually lead to a shorter life span.

Additionally, The Ultimate Volumetrics Diet emphasizes the principle of calories in vs. calories out, which many nutrition experts consider to be an oversimplification of how our metabolisms function. As a result, foods like fat-free ranch dressing, which often have added sugar, fall under Category 2, while more nutritious avocado and eggs are listed in Category 3, and olive oil is in Category 4. Seems weird that a healthy, Mediterranean diet staple food like olive oil would be on the “limited” category 4 scale, right? Experts agree: Even when it comes to losing weight, focusing on food quality rather than counting calories can still be effective.

What does a sample Volumetrics diet plan look like?

Here’s an example of what a day following the Volumetrics diet might look like, according to Cassetty: