Candy corn has kind of a tough reputation. While some brave souls can’t get enough of it, the rest of us aren’t exactly fans. Butttt maybe that’s simply because most of us have not experienced the flavors of candy corn mixed into delicious Starbucks cold brew. Now is the time for that to change.
Totallythebomb.com released a new Starbucks Secret Menu drink called a Candy Corn Cold Brew that’s inspired by these iconic little Halloween candies, but made very caffeinated. Just what we like to hear. Ordering a secret menu drink can be a little stressful, because you have to go up and ask for it step by step (seriously, don’t go asking for a Candy Corn Cold Brew…they will look at you sideways), but thankfully this one is pretty simple.
There are no liquified candy corn pieces involved in the making of this drink, but it instead mixes flavors like Pumpkin Cream Cold Brew, White Mocha, and more. You can find the full ordering recipe over on Totallythebomb.com, btw. It’s a perfect mix of super sweet and seasonal but also has plenty of kick to get you through the rest of your day picking pumpkins or apples or whatever it is you’re doing.
Since this one does use fall ingredients, you’re going to wanna order it sooner rather than later…but that’s fine! Who has ever craved candy corn in March? Okay, if you have don’t answer that! No judgement here. 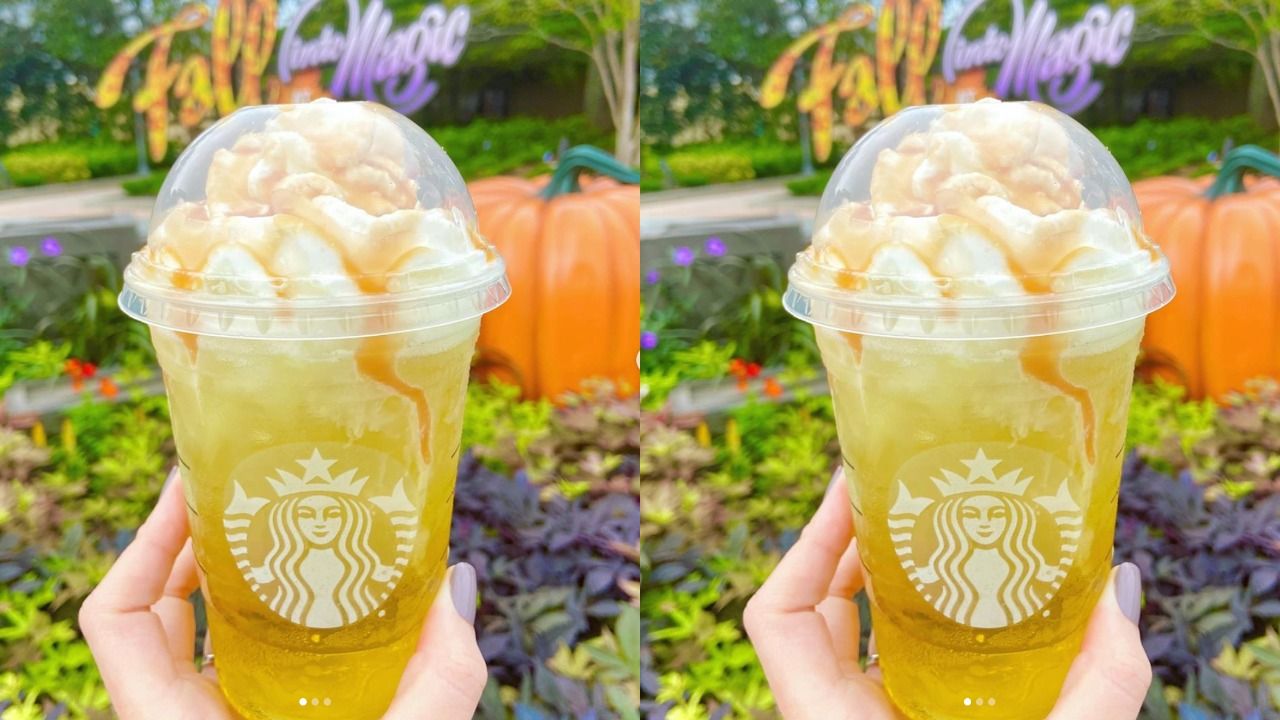