Eddie Hall is the former World’s Strongest Man, best known for his record-holding 500kg deadlift in 2016 and winning the title of World’s Strongest Man in 2017. After announcing his retirement from the strongman competition, the 31-year-old has since slimmed down by an incredible five stone, citing health fears as his motivation – how did he do it?

Today, Eddie appears on ITV’s The Chase Celebrity Special, hosted by Bradley Walsh, alongside Dani Harmer, Chemmy Alcott and Alex Horn, going up against the Chasers.

Previously, it was reported that Eddie had chosen to go on a weight loss journey, citing health fears as his motivation, in order to drop five stone.

The decision to overhaul his lifestyle comes as no surprise after he cast light on the grueling daily routine he put his body through during his quest to become the strongest man in the world.

In 2017, the strongman released a tell-all book, titled Strongman: My Story, where he recalled the weeks leading up to setting the world record and recalled how it put his relationship with his family under strain. 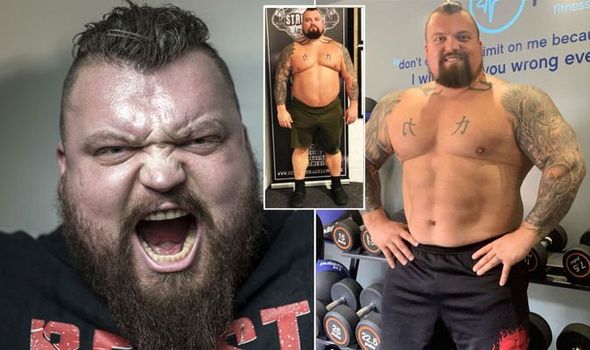 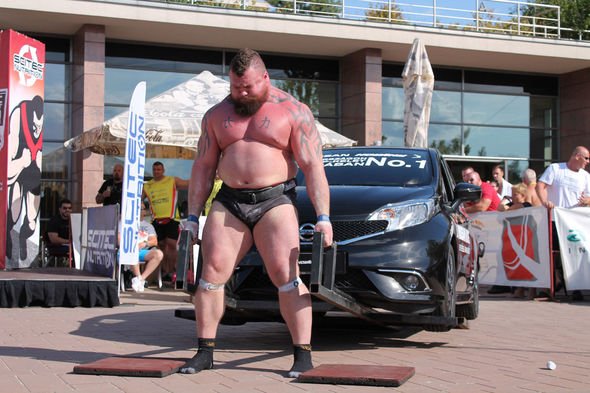 He wrote in 2017: “Being a foul-mouthed history-making cheeky behemoth does come at a cost.

“Ever since agreeing to do the lift I have had to virtually ignore my wife and kids and, over the last six months, I have spent no more than a few hours in their company.

“That in itself has obviously been a massive sacrifice for all of us but, in truth, it’s just the tip of the iceberg.

“My daily routine has been to eat, sleep, train, recover and repeat and in addition to a couple of short but extremely severe bouts of depression, which I think were triggered by stress and isolation, I have gradually become less mobile.”

Eddie went on to explain why it was critical for him to follow the strict regime.

He added: “In order to lift such a massive weight I had to put on an extra 15kg in weight and right now I am just over 31 stone.

“My God, it’s been hard though.

“I have suffered all kinds of pain over the years, but preparing for this has been a different kind of Hell and even now I am in a very, very dark place.”

After winning the title in 2017, the athlete became concerned about his health and decided to slim down. 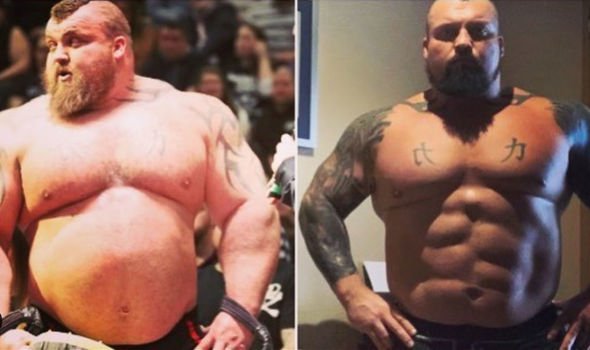 “I had a few health implications, working with blood doctors and nutritionists I got a bit worried.”

So, how did Eddie Hall lose weight?

Hall revealed he cut back on carbohydrates in a bid to shape up and managed to drop around five stone.

“I cut my carbs out and over the last two years I lost a total of 30kg, or five stone, and I feel a lot better for it and am enjoying my life better for it.”

Hall previously revealed to Express.co.uk that he used swimming, among other cardio exercises to shed the weight and get back into a slimmer shape.

He said earlier this year: “What I do now is I’ve thrown in a couple of boxing sessions a week. 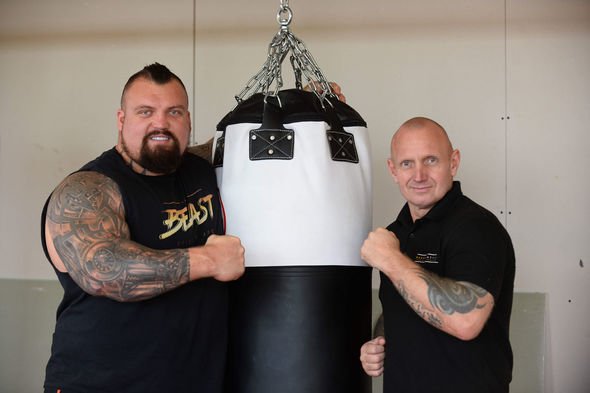 “I’ve got a six pack and I’m quite happy to stay at this, until I get a bit older [in his late 40s and 50s] when maybe I’ll have to reduce the weight a little bit more.”

As well as including cardio exercise to burn off the weight, Hall reduced his daily calorie intake from the whopping 10,000 calories he was used to.

He explained removing unhealthy carbs can be the best way for dieters to get into shape.

“The best tip I have would be cut the carbs a little bit, they are the source of all health and obesity problems in this country,” Eddie claimed.

“That was the easiest thing I did, up my proteins and fats and cut the carbs a little bit and it worked for me first hand.”