Gordon Ramsay is a Michelin star chef, television personality and restaurateur. The chef caught the media’s eye in recent years after he revealed he lost a whopping three stone eight pounds, just six pounds away from four stone, by following a simple weight loss diet plan.

Although many people may choose to cut back on how much they eat when trying to lose weight, Gordon did the opposite. 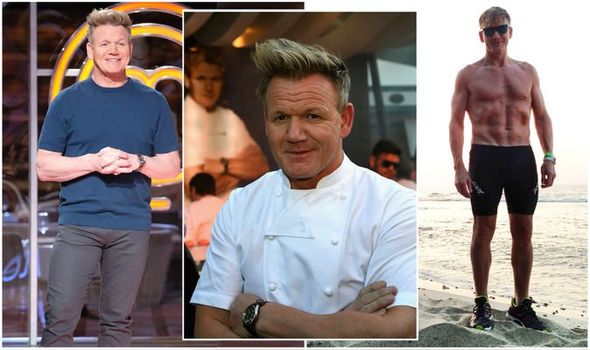 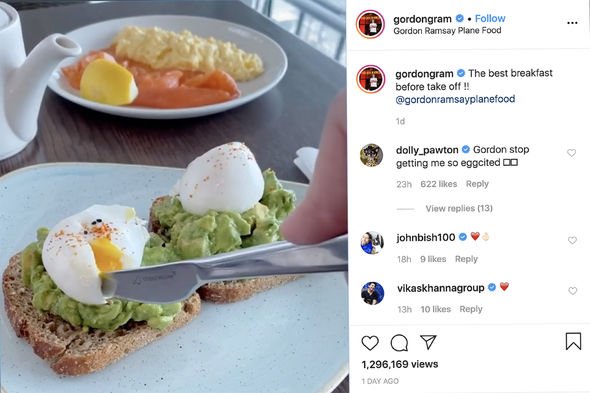 He explained eating small and regular meals helped him get in control of his routine and start to slim down.

He added: “I like to keep on my toes and eat small bits. Almost like in Hong Kong – four or five times a day, small bowls of food.”

As a result, Gordon managed to slim down from 19st 4lb to a much healthier 15st 10lb for his frame.

Following his remarkable weight loss, the chef has been keeping his social media fans in the loop by posting regular posts of his delicious and healthy meals.

On Sunday, the celebrity chef shared with his 8.1million Instagram followers a video of his healthy breakfast – poached eggs and smashed avocado on brown toast.

Captioning the short video, the chef said: “The best breakfast before take off!! @gordonramsayplanefood.”

With his new initiative, Gordon Ramsay Street Pizza, the chef has posted photos and videos of gourmet-looking pizzas with a healthy twist.

He captioned the post: “Who doesn’t love pizza for breakfast?! @gordonramsaystreetpizza.” 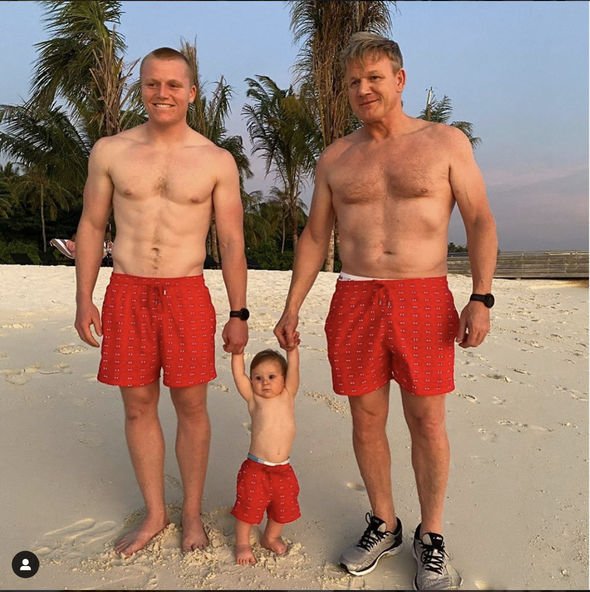 On Sunday, the 53-year-old celebrity chef also shared an image of himself alongside David Beckham – whose football team Miami CF made their debut in Los Angeles yesterday – to congratulate him on his first game.

Congrats mate on getting to game 1! Let’s go @intermiamicf ! So excited for you @davidbeckham.”

Previously, Gordon also shared his fitness journey with his social media followers and shared a topless photograph of himself on holiday alongside his two sons, Jack and Oscar.

Wearing a pair of festive swimming shorts and tagged his sons, Jack and Oscar, he wrote: “New shorts for Christmas.”

Fans rushed to comment on the photo, praising him for his incredible physique. 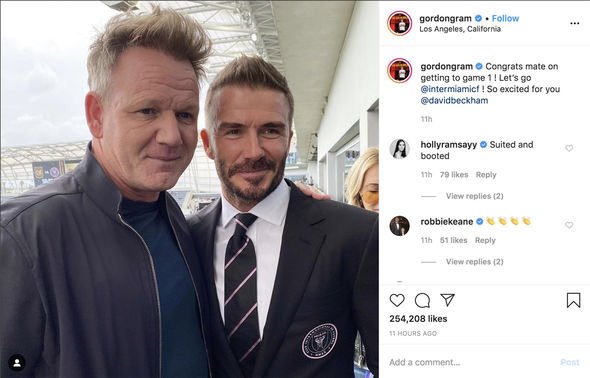 One fan commented on the chef’s post to say: “Wow Gordon you look incredible!”

“The whole family has abs how is that possible!? Good genes?” a second inquired.

And a fourth wrote: “Best you have ever looked! Way to go Gordon.”

Whilst a fifth joked: “Gordon you look like a David Hasselhoff carbon copy, from the bulging muscles down to the red Baywatch shorts.”