Tommy Fury has set hearts fluttering since entering the villa, impressing a few of the young ladies in the Love Island house.

So why is he so fit and how does he maintain his physique?

The boxer made his debut in the sport five months ago, and was understandably working had to get into great shape.

Love Island 2019: Tommy Fury weight and height revealed – how does he stay fit?

According to reports he working work with trainer Ricky Hatton in his home town of Manchester.

Ricky Hatton, 40, is a former boxer who won a number of world championships.

Before entering the ring for the first time Tommy weighed 12st 11lbs 8oz and he is 6ft tall.

He told sports website JOE at the time that being inspired by his older brother helped him to get in shape.

Tommy said: “t’s maximum motivation, isn’t it? Looking at someone who’s been brought up the same way as you and he’s gone on to achieve such great things.”

As a boxer Tommy Fury fights in the light-heavyweight category.

Understandably much of Tommy’s workouts involve boxing, however his Instagram also contains video of hims climbing a rope on Miami beach.

He also appeared to enjoy biceps curls, flipping tires and pushing weights on a sleigh. 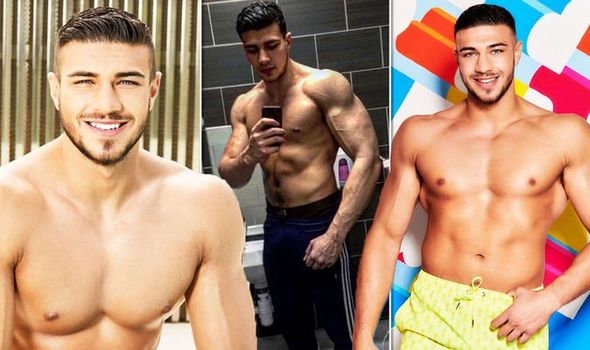 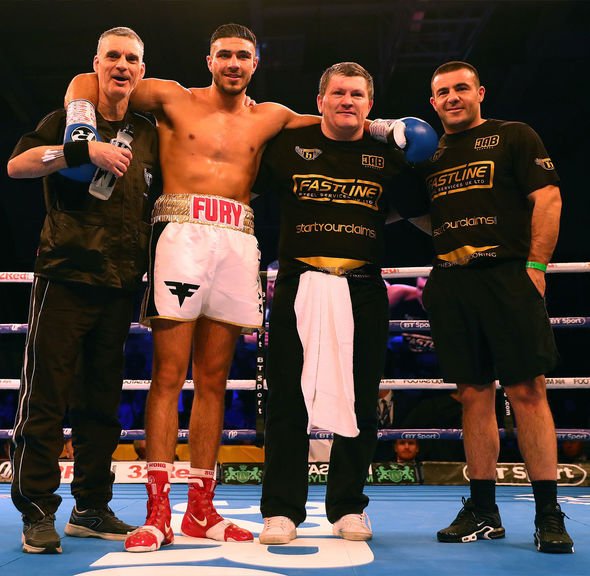 What did his trainer Ricky Hatton have to say about his decision to enter the Love Island villa?

He told BBC Sport: “When he first came training with me I told him, with his looks, he should be in Love Island and, with my looks, I could do Treasure Island.

I have to say I didn’t used to watch Love Island but with Tommy in it now, me and the rest of the lads I train in the gym will be tuned in.

“I think he can win it from what I’ve seen so far.”

Hatton also revealed that he doesn’t play a big role in keeping the aspiring boxer in shape.

He added: “I didn’t need to give Tommy any advice about keeping fit.

“You can see from his physique that he looks after himself.” 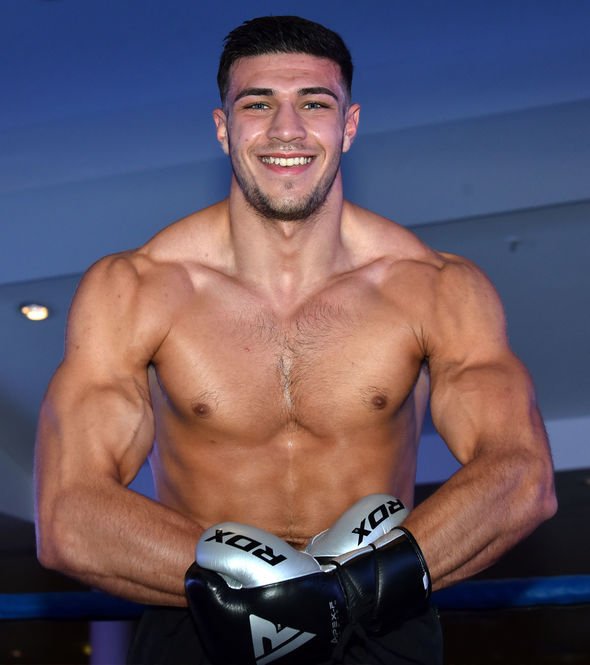 Tommy’s brother Tyson Fury’s weight loss has impressed many as the boxer shed a huge amount of weight.

He lost an amazing 10 stone thanks, in part, to the keto diet.

Tommy is not the only Love Island star who is a fan of he gym. Love Island 2019’s Molly Mae is a self-confessed “gym-freak.”

The lithe influencer revealed in a video on her Youtube channel a few details about herself in a “get to know me” video.

So what did she have to say about her diet and exercise habits?

Molly Mae revealed to her 24,000 Youtube subscribers that she has a “weird” eating pattern.