Olly Murs is an English singer and coach on The Voice UK but has reported that before his physical transformation he felt “grumpy” and had “no energy”. Earlier this year, the cheeky chap shared his weight loss with his fans on Instagram with a couple of before and after topless pictures.

The caption read: “Ain’t bad for 35yr old! My ambition to be ‘butler in the buff’ is coming true.

“Weight was doing me no favours, grumpy, no energy, sleeping was awful so I made some adjustments and I’m actually buzzing now I’m off to get a McDonald’s.”

Fans were quick to comment on the popstars newly toned body. 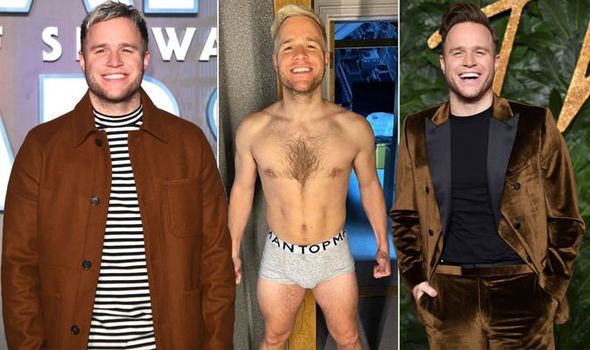 One fan wrote: “Honestly so impressive.”

“You look fantastic, keep up the good work”, another commented.

The pop star first changed up his routine in 2015 when he hit the gym with Rob Solly, his personal trainer.

Rob documented Olly Mur’s weight loss on social media, as he shared a before and after comparison after his 12 week programme.

The post read: “This is what happened to @ollymurs when we had 12 weeks training to get tour ready.

“During the 12 weeks we trained 3 times a week and Olly had 3 weeks where he didn’t train.”

Since 2015, Murs told fans he decided to make a series of lifestyle changes after he said he thought he was getting “massive”.

In a recent Instagram video, the Dance With Me Tonight singer completed an intense home workout, where Olly is seen doing push ups on a raised platform. 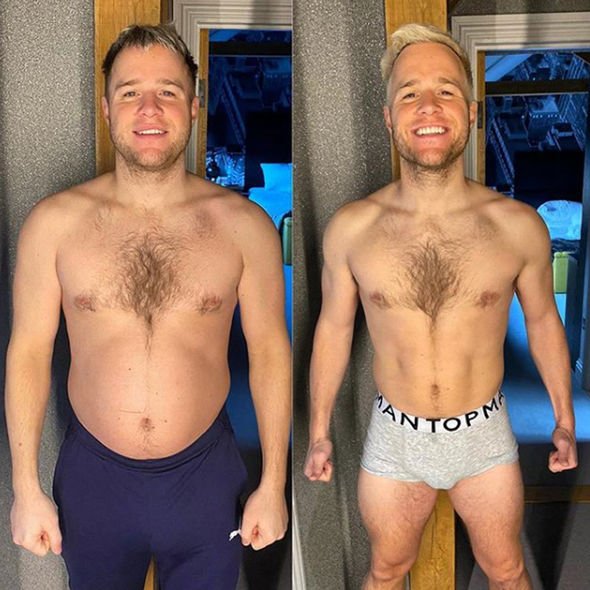 Another video showed him in the gym doing a cardio workout and sprinting on a treadmill.

The star has been dating bodybuilder girlfriend, Amelia Tank since September 2019 and he has attributed her for his progress.

In an interview with Heart Radio he said: “Well she’s not a personal trainer but she’s done bikini competitions in the past and she does train a lot, but she is actually my personal trainer. In more ways than one.

“She’s brilliant and she’s been absolutely fantastic. She just gave me that extra little bit of encouragement and she says it’s not up to me to do it, you’ve got to be able to do it yourself.

“You’ve got to get up to do it everyday. So I was like, okay I will. So she did this little nutritional plan for me and I just went out and did it and loved it. And I still love it now.”

As well as hitting the gym regularly, the singer has also experimented with different diets.

In 2019 Olly’s exercise routine was halted after a knee operation left him out of action. But to achieve further weight loss he endured a seven week juice cleanse.

He wrote: “Surrounded by people all here on a journey ready to Juice cleanse and detox the body for 7days! Sound’s crazy having no food for 7days but wow just wow! I feel amazing…I feel alive and why is that…cos the food I was putting into my body made me feel Alive!”