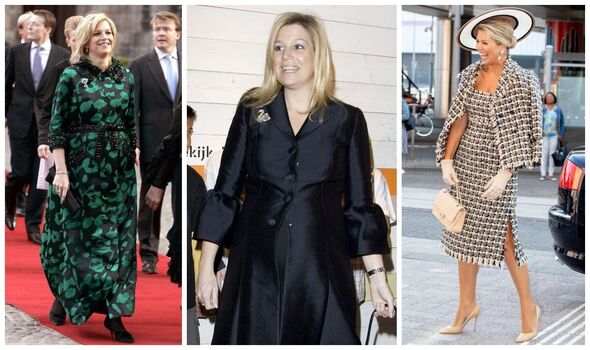 Queen Maxima’s favoured diet can be quite strict, however, it reportedly allowed her to shed 10 kilos. The diet in question is the ketogenic diet – if any royal fan is trying to decide which new diet to follow in the new year, this could be a very good option.

The Dutch Queen Consort has been married to King Willem-Alexander since 2002, and she reportedly favours the keto diet.

The ketogenic diet regime is low in carbohydrates but in contrast, high in fats.

The lack of carbohydrates makes your body go into a process called ketosis, which makes you burn fat for energy. It works great for reducing diabetes and the risk of various heart diseases.

According to Nourish by WebMD: “It’s important to note that the ketogenic diet is a short-term diet that’s focussed on weight loss rather than the pursuit of health benefits.”

But to allow herself to indulge, the Argentinian native reportedly followed a strict diet plan first.

The method was developed by a Dutch company called New Fysic and it consisted of a diet high in protein.

Queen Maxima also had to eliminate carbohydrates, sweets and a few fruits and vegetables completely.

In addition, everything had to be steamed baked or grilled.

The diet encourages people to eat small portions several times a day in order to control anxiety and stress.

Another royal that is a fan of the ketogenic diet is Sarah Ferguson, the Duchess of York.

On The Today Show in 2015, Sarah explained she was “addicted” to food before shaping up.

She said: “My addiction was food. I used it to suppress my feelings and therefore every time I went through something – a salacious lie the media might tell about me – I ate to compensate.

“I got to a point where I just couldn’t bear looking at myself any minute longer.

“I was 190 pounds a year ago and I was miserable. You look at the top of the mountain, you think you’re never going to get there.”

But the Duchess is a dedicated fan of Gianluca Mech’s ketogenic approach to weight loss.

She previously revealed Gianluca was the key to her healthy diet that also improved her sleep and fitness.

Sarah said: “I’ve tried many different diets over the years, but when I heard about Gianluca Mech’s work, I decided to visit the University of Padua, one of Europe’s oldest seats of learning, where the research for the diet is carried out.

“I was impressed by what I heard, and the scientific evidence there is to show the benefits of a ketogenic diet and variants of it.”

The Duchess said she followed this diet for 18 months and it dramatically improved her weight and health.