Catherine Tyldesley is an actress who rose to fame with her role as Eva Price in Coronation Street, having also starred in television hits Holby City, Red Riding and Emmerdale. Now she has taken to the dance floor as part of the 2019 Strictly Come Dancing line up, partnered with South African choreographer Johannes Radebe. Having already wowed the crowds with their moves, the pair are set to dance the Rumba to A Star Is Born hit Shallow by Lady Gaga and Bradley Cooper, as part of week three’s glitzy movie special theme. However, dancing hasn’t always been something Tyldsely has been keen to take part in. This is because just five years ago she was practically unrecognisable. 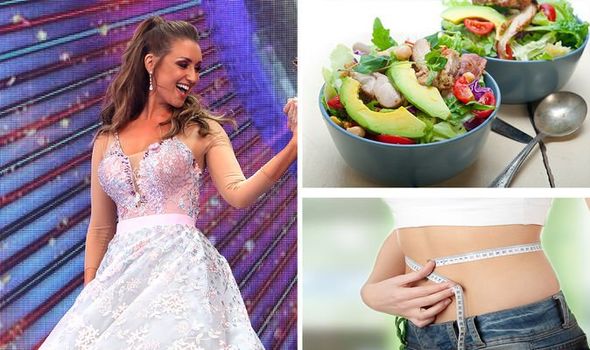 If you want to sustain a healthy weight and feel good about yourself then you need to fuel your body with the right food.

The stunning star was once a size 22 and had no intention of dancing.

In fact, it was something that she actively avoided.

Speaking to Eamonn Holmes and Ruth Langsford on This Morning she said: “When I was in theatre school I swerved dancing classes!”

However, ahead of her television breakthrough the 35-year-old managed to drop from her original size 22 to an impressive size 10.

After losing a whopping five stone, she has now revealed her top tips which will hopefully serve as inspiration for others battling with their health.

Her meal plan is full of nutrient-rich foods, including an abundance of fruit and vegetables.

Tyldesley is reported to start her day with a protein-rich three egg omelette, ideal for raising energy levels without overdoing it.

She then enjoys an colourful salad for lunch topped with chicken and avocado.

Chicken is a great source of lean, low fat protein which contributes to muscle growth and development, meanwhile avocado is a healthy fat that is thought to support skin health and may even boost the immune system.

Dinner is a health take on a treat meal – home made steak burgers and aubergine fries.

She also wards off huger between meals with snacks of blueberries, apples and coconut yoghurt.

Speaking to The Sun, she said: “I think it’s about creating a lifestyle.

“If you want to sustain a healthy weight and feel good about yourself then you need to fuel your body with the right food.”

However, it isn’t just food that plays such a vital role in maintaining the actresses stunning figure and fitness levels.

Exercise is also important – now more than ever as she takes on an array of high energy routines.

The mum-of-one says that she focusses a lot on the gym, working out at Ultimate Performance and utilising a unique work out plan tailored for her needs by the company.

She told the Sun about her weight loss journey in August this year. She said that prioritising it into her schedule is a large part of trim.

“It’s just fitting it around your schedule,” she said.

“If I was working I’d go on walks. I have been known to squat Shayne Ward. Squat a friend.” 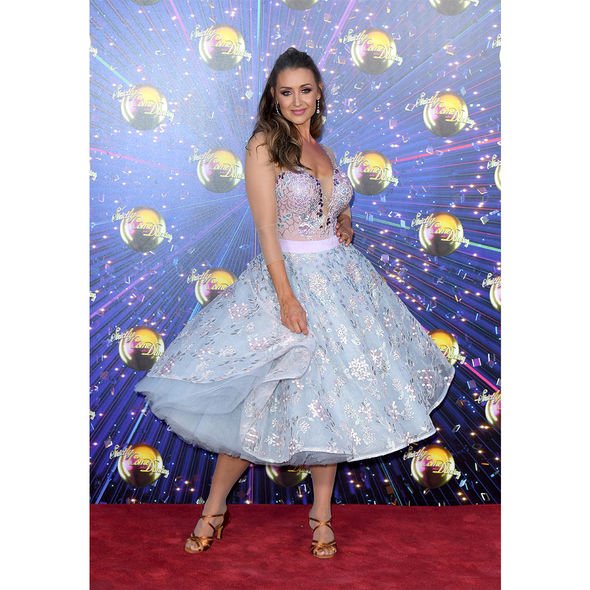 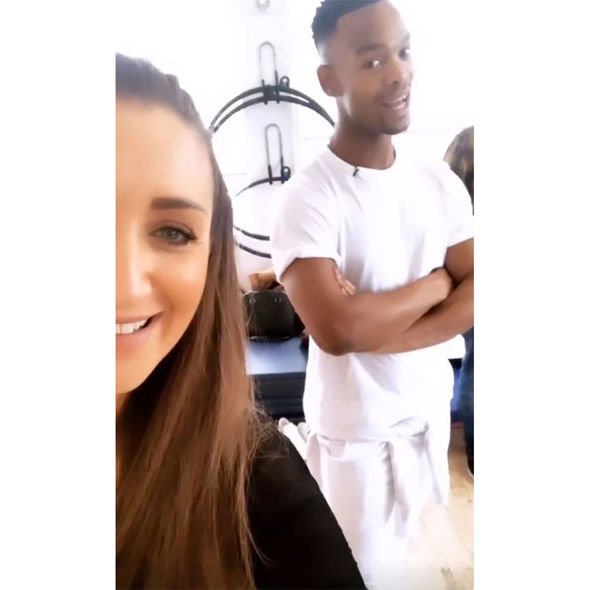 The UK public are already making bets over who is set to take home the Strictly Come Dancing Glitter Ball and Tydseley’s stamina and endurance is obviously paying off.

The Corrie star tackled the Viennese Waltz for her debut and received plenty of praise from the judges for the elegant performance.

Betfair Spokesperson Katie Baylis said to Express.co.uk ahead of the first episode a few weeks ago: “The biggest single bet we’ve seen so far, however, is on Catherine Tyldesley with one punter putting £360 on her to win, with her odds now 9/1.”

The Corrie actress has been hard at work all week practising for her impending Rumba.

Earlier in the week she posted a video to social media of her practise session with partner Johannes, laughing about the amount of fake tan she was wearing as part of her Saturday night show prep.