Weight loss can be a difficult journey often with highs and lows. Looking to those who have lost weight for inspiration can be a good way for dieters to get motivated into trimming off the extra weight. One man recently lost over half of his bodyweight, dropping from 21st 4lb to 7st 1lb – how did he do it?

A Reddit user revealed online that his weight loss journey began in March 2016 when he cut out alcohol from his diet.

Motivated by his effortless weight loss he decided to incorporate physical exercise and workouts into his daily routine.

“I began with a spin bike my wife had and dome dumbbells I bought from amazon. Piece by piece the dumbbells grew into a home gym,” he said. 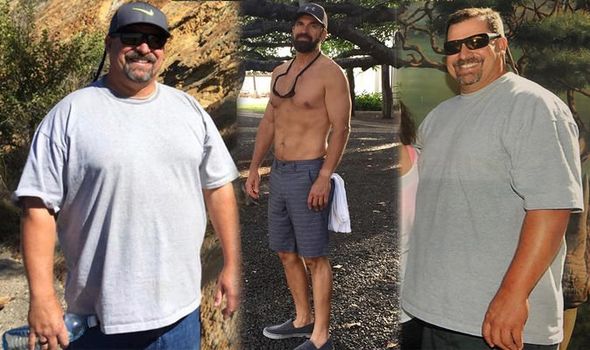 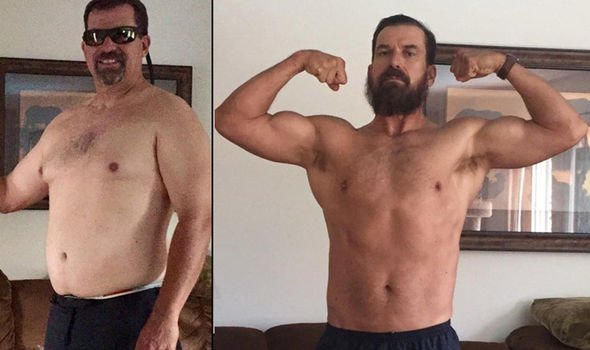 “I’m currently doing a push-pull-leg routine similar to ones found on [fitness websites].

“Pretty much from the beginning I have been working out seven days a week for at least an hour,” he revealed.

The Reddit user was able to transform his life and lose over 14 stone by cutting out alcohol and incorporating exercise into his daily regime – but that wasn’t the only thing he did.

He revealed: “For diet I started by cutting out sugar. Read labels, it’s in everything!

“Eventually I cut out carbs. No more bread, pasta and eventually rice and fruit.

“Rice, bread, pasta and potatoes are all cheat foods I eat now [occasionally].”

The man said that he followed a strict diet to maintain a rate of healthy weight loss.

The Reddit user incorporates lifting weights and does a bit of cardio every day.

He said: “[Once you find] a workout that you enjoy it makes it much easier to stick with. I feel 20 years younger.” 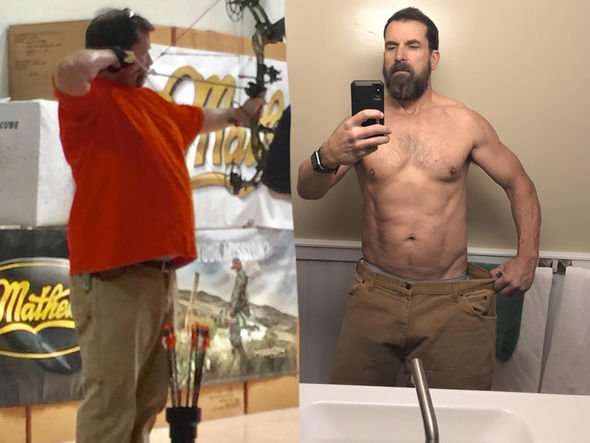 Another slimmer recently revealed how she had lost a remarkable 10 stone by following one particular plan.

As the slimmer was nearing her 50th birthday, a life long insecurity about her weight motivated her to turn her life around.

Wearing a size 26 dress, Sonia wanted to make a change and signed up for her local Slimming World group encouraged by her grown-up daughter.

Although she was sceptical at first, Sonia began to worry about the possible health impacts of her diet.

Sonia added: “When she first asked me I said ‘I’m not going there, no chance.’

“I hadn’t stood on the scales for years, my attitude was if I didn’t know then I didn’t have to think about it. But I started thinking maybe my daughter was worried about me, and should I be worrying about me too?” 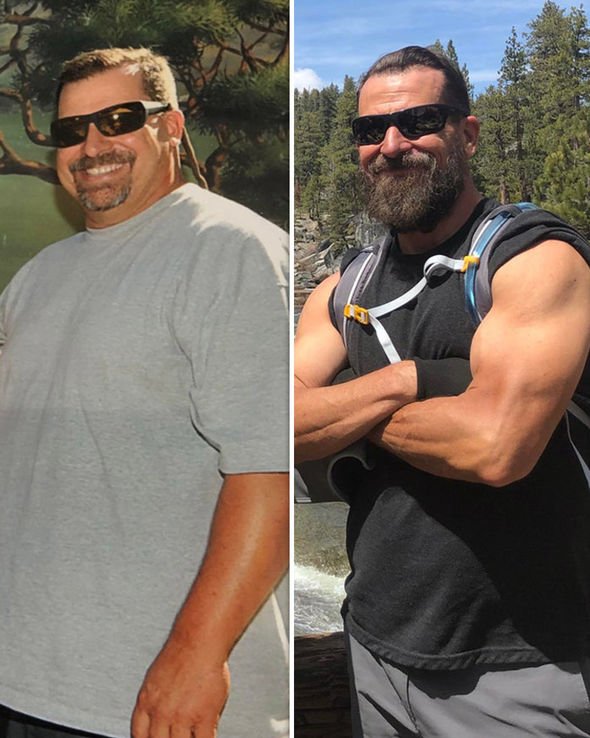 Since joining the group, Sonia explained her diet changed and she began to make healthier choices.

She said: “I’ll have fruit every morning, or grilled bacon with poached egg and mushrooms at weekends, then I’ll make my own soups for lunch in the winter, and have something like Cajun chicken with salad and veg or pasta for dinner.”

As well as changing her diet, the slimmer joined a gym and now goes running three times a week.