At his heaviest, Jon was left unable to stand for more than a few minutes before he would suffer severe back pain. He weighed in at 33 stone 12 pounds at the time – a huge amount for anyone, and particularly considering his 5 foot 8 inch frame. His waist measurement was 66 inches, and Jon, now 42, wore a XXXXXXXL clothing size. Work for the senior quality officer at a pharmaceutical company proved to be difficult for him, due to his size.

“To be honest I can’t really remember a time when I wasn’t overweight,” he said.

“At secondary school I was bullied very badly, so much so that to comfort myself I would come home and eat spoonful after spoonful of brown sugar – just because for a few moments that would make me feel better.

“As I grew older and earned my own money I just ate whatever and whenever I wanted.

“This was mostly in secret, but it must have been obvious because my size was increasing quite dramatically by that point.”

At his biggest, Jon’s weight saw him experience severe panic attacks – once being rushed to hospital in an ambulance due to fears that he was suffering a heart attack.

“Thankfully I wasn’t, but my anxiety had reached a stage where I was suffering from severe panic attacks which often present similar symptoms,” he remembered.

“I was at a very low point in my life and started to hide myself away. My only comfort was eating.”

Later that year, Jon was due to undergo a routine procedure, in order to have a lump removed from his lower back.

However, his size meant that this operation became highly dangerous, with his anaesthetist concerned that he would have a stroke.

“While some of my health issues were a direct result of my weight, there have been times where diagnosis and treatment of more serious issues have been affected by my size,” Jon said. 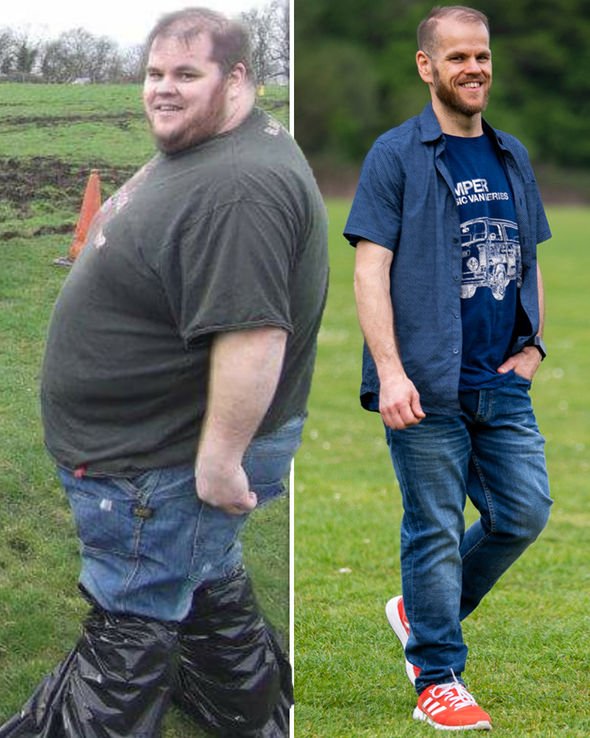 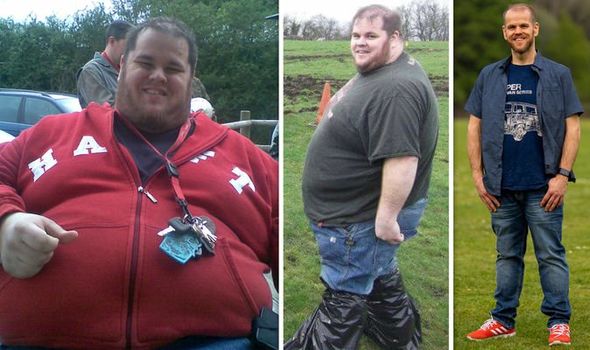 In the past, Jon had to have a cancerous lump removed, and required a CT scan following the operative.

However, the upper weight limit for the scanner stood at 32 stone – leaving Jon over the threshold.

Nevertheless, the medical team went ahead with the scan.

“Thankfully got the information they needed – but I had to be pulled free from the machine because it was such a tight fit,” he explained.

“In fact, the motorised table stopped working as a result of the extra weight. They said that the only other option was to be referred to an equine centre where they scan horses.

“It was moments like that which really struck me – I wasn’t just putting my life on hold because of my weight, I was putting it in danger too.”

Jon decide to make a change, but it wasn’t the first time he’d pursued weight loss.

He’d lost 9 stone and 7 pounds with Slimming World before, but when his mum had sadly died seven weeks after being diagnosed with an illness, his world “fell apart”.

“I started using food as a comfort again and I just couldn’t see a way out,” he said.

But, in January 2015, when a friend suggested Jon attended a local Slimming World group Changlers Ford, Hampshire, with him and his wife, he decided to go back onto the diet plan again.

“I was welcomed back without any question and this time something just clicked,” he said.

“I fell in love with Food Optimising – so I still enjoyed delicious meals like curries, chillis, burgers and chips – I just prepared them in a different way and cooked most of my food from scratch.”

Later, Jon’s dad also joined the group, who provided him with support and motivation. 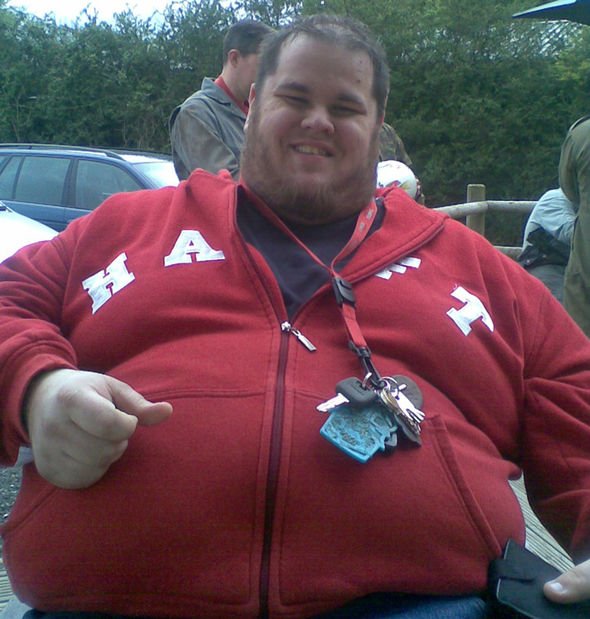 Diet plans for weight loss: From Atkins to Paleo.

“It really does make a difference when the people around you understand and support what you are trying to achieve,” Jon said.

“The members of my group are amazing too, as is my Consultant, Sian. As a group every week we share ideas, inspire each other to keep going and learn from each other about overcoming hurdles and challenges.

“Sian and the group have helped me rediscover my self-belief – something that had been lost for years. I genuinely don’t think I would still be here without them.”

His efforts paid off, and Jon lost an astounding 20 stone 7lbs.

Now, Jon has been named as Slimming World’s Greatest Loser 2019.

Prior to his weight loss, the 42-year-old struggled to carry out simple tasks and walk short distances – but his slimming has changed all that.

“Before I lost the weight even the simplest tasks would leave me exhausted and I missed out on so much,” Jon explained.

“At work, a friend encouraged me to go for a short walk with him one lunch time and I could only manage a few steps. Over time I built this up and we were soon walking 4-5km a day.

“Before I knew it I was signing up for a 10km race! I went with a couple of friends who were both much quicker than me, but we stuck together and crossed the line together which was an amazing feeling.

“Since then I’ve competed two more 10km races and enjoyed both of them so much. My life is so much better now because I’m filling it with memories instead of hiding away.”

This year, Jon, who now weighs 13 stone 5lbs and wears medium-sized clothes, will take on the challenge of climbing Mount Snowdon.

Breakfast: Half a box of cereal covered in sugar

Dinner: A takeaway or a couple of microwave meals

Lunch: Home-made chilli or pasta dish or a home-made soup

Dinner: Something made from scratch from one of Slimming World’s recipe books – such as diet coke chicken