A vegan diet has become an increasingly popular lifestyle which involves abstaining from eating any animal-based products such as meat, dairy or eggs. Vegan nutritionist Louise Palmer-Masterton has explained how a plant-based diet may help you lose weight and learn better eating habits. She says: “According to Peta, meat-eaters have three times the obesity rate of vegetarians and nine times the obesity rate of vegans.

“So it seems just cutting meat and dairy will immediately improve your chances of weight loss.

“This isn’t new information either, a Swedish study back in 2005 showed that self-identified semi-vegetarian, lactovegetarian, and vegan women have a lower risk of obesity than omnivorous women. The advice of that report 15 years ago when veganism was hardly known was to ‘consume more plant foods and less animal products to help control your weight’.”

Switching to a plant-based diet isn’t easy and may take some getting used to before it becomes a way of life.

Plant-based diets have long been recommended for weight loss, since vegetables tend to have more nutrients and fewer calories than animal products. 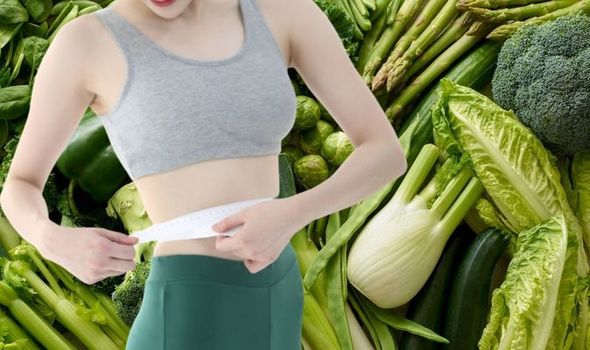 Research has also suggested that going vegan can help overweight people reduce body fat and shed pounds, even if they eat the same amount of calories as meat-eaters.

Louise continues: “Switching to a plant-based diet means a move from high fat calorie dense foods such as meat and dairy, so the body takes a while to adjust. The solution is either 1. eat more calories, or 2. eat a greater proportion, and a wider variety of proteins. Number 2 being the better option in supporting weight loss.

“Legumes such as chickpeas, combined with tofu, quinoa and a sprinkling of nuts and seeds for example will combine to give a greater protein content than just eating chickpeas alone. As with any dietary change, the body does get used to it, but give yourself a month to adapt.”

These foods are also very rich in nutrients like protein, a common nutrient which people think vegans lack.

The nutritionist explains that you can also be a very unhealthy vegan which won’t help you to lose weight and isn’t sustainable.

She says: “I do think meat replacements play a part in the conversion to eating more plant-based foods and less animal products, BUT I don’t believe they are a sustainable solution for health and weight loss.

“And here lies the caution. Don’t be fooled into thinking that just eating plant-based food without attention to nutrition and calories will lead to better health and weight loss. The first vegan I ever met was very large and overweight. He lived on a diet mostly of potato chips!” 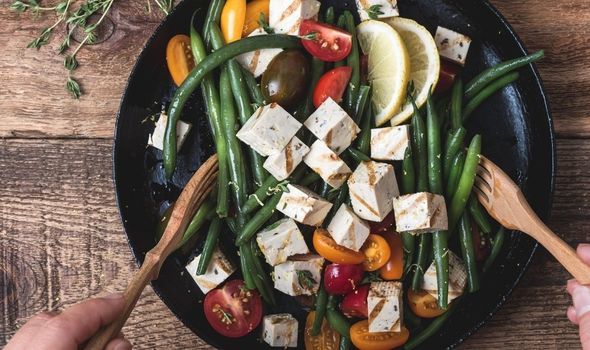 Louise also explains how gut friendly food, low in refined carbs is the way to go.

She explains: “At Stem & Glory, we believe that gut friendly food, low in refined carbs, is the way to go. We focus on natural vegetables accompanied by nutrient dense components such as nuts and seeds. There is a big focus on layering umami flavours and flavour combining to get that explosion of deliciousness which overrides any need to eat huge portions to feel satisfied.

“We use fermented and pickled foods too which are really good for your microbiome and overall health. In terms of the future of food, we believe this is where it lies. Fermented foods can play a huge part in strengthening the immune system, they are naturally probiotic, improving your digestive system and natural gut flora, which support all bodily functions and helps with weight loss.

“Plant-based food can play a huge part in tackling obesity, and if you do just one thing to help with weight loss, then simply turning vegan is moving in the right direction. But moving away from vegan junk and meat replacements, towards natural unprocessed food is the right way to achieve optimum health and healthy weight. 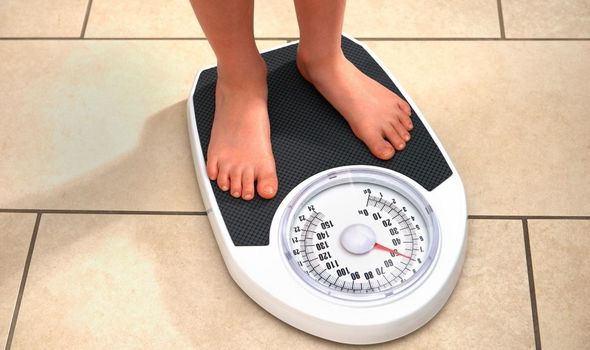 “The messaging has to be move away from junk across the board, if it’s plastic wrapped and in the supermarket deli fridge, it’s probably best avoided – whether it’s vegan or not!”

However, Healthline suggests that cutting out some of the main food groups in your diet may seem unhealthy and isn’t sustainable long-term.

The website says: “Some worry, for example, about getting enough protein or other essential nutrients, like vitamin B-12. This vitamin is found naturally only in animal products, and if you become deficient, it may result in anemia. Vegans need to supplement their diet with vitamins, vitamin-fortified cereals, and fortified soy products to avoid deficiencies.

“Others may have trouble with yo-yo dieting after going vegan. What does this mean? It’s when you go through cycles of losing weight and then regaining all or more of that weight, possibly after having trouble sticking to vegan-only foods.

“This type of dieting is associated with some serious health consequences, like an increased risk for type 2 diabetes and heart disease.”