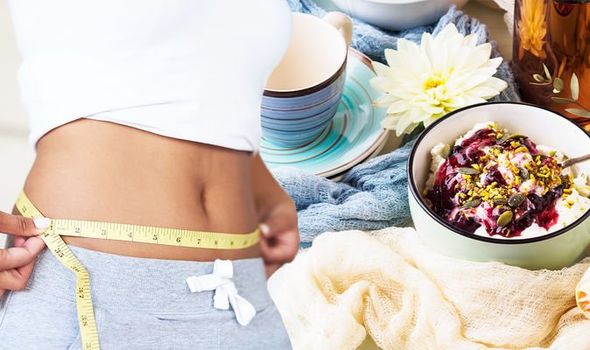 Weight loss is arguably best tackled first thing in the morning so you can start the day as you mean to go on. Those looking to lose weight are often keen to eat a healthy breakfast to improve their chances of slimming down. By making savvy food choices, you can often enhance your weight loss efforts from first thing in the day. There’s one tiny food dieters may want to include in their breakfast as a study has shown eating it can shrink your waistline.

Weight loss: Why pistachios at breakfast could help you burn belly fat and lose weight

Those tucking into breakfast may want to incorporate pistachios into their diet plan.

One pistachio is around three calories (compared to almonds which are roughly 14 calories each, for example).

They are also high in fibre, lutein, minerals and B vitamins – perfect for a nutritious start to your day and the fibre will keep you feeling fuller for longer.

What’s more, they have been proven to burn fat, according to a study published in the journal Nutrition.

The control group, which consumed no pistachios, ate a diet that was 60 per cent carbs, 15 per cent protein, 25 per cent fat. 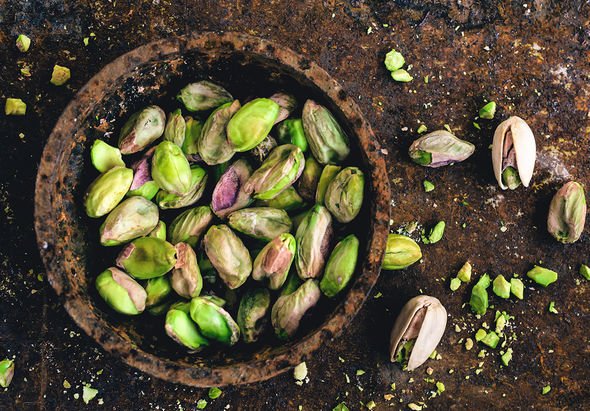 After six months, participants in the pistachio group had smaller waists (by approximately 0.7 inches).

They also saw their total cholesterol score drop by 15 points. They had better blood sugar numbers and had less harmful inflammation.

Furthermore, according to a 2015 study in the Journal of the American Heart Association, also showed that people who snack on nuts may have lower abdominal fat than those who consume carb-based foods.

Pistachios can be added to smoothies or baked goods, tossed into porridge, mixed into yoghurt or simply consumed on their own.

Pistachio spread is also available from some shops if you’d rather have it on toast in the morning. 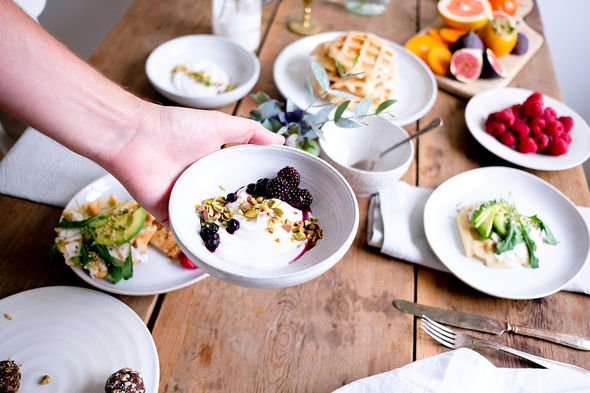 However, when it comes to breakfast it’s important not to eat the first meal of the day unless you really are hungry.

Julieanna Hever, a plant-based dietitian and author of The Vegiterranean Diet and The Complete Idiot’s Guide to Plant-Based Nutrition, told nutrition and health website Eat This that it’s key to listen to your body.

“Try tuning into your natural hunger/satiety signals and have breakfast only once you are truly physically hungry.

“Your body knows best about how much and when you need to eat,” Hever told the publication.

What’s more, avoid watching television while eating as this could lead to consuming more due to lower awareness about the size of portions.