Weight loss of others can be the inspiration and motivation needed for some people to embark on their very own weight loss journey. One man recently shed an incredible 25st, dropping from 36 stone to a life-changing 10st 7lb. After initially recording a good-bye message for his son, not expecting to survive the year due to his huge size and health conditions, the man decided to attempt one last time to change his life for the better.

Extreme weight loss transformation Reddit user, Zack Moore, knew he was going to die unless he changed his life around.

“[I was] tired of being sick all the time, mentally, emotionally, and physically run down from being overweight, morbidly obese with high blood pressure, sleep apnea and vertigo – taking advice from my cardiologist, I knew this was the pivotal tipping point of my life,” he said.

Back in December 2013, Zack decided that enough was enough after being hospitalised for food poisoning for eight days.

He revealed: “My wife took a photo of me in the hospital as I was praying for my life.

“The thought and idea of how my family would survive without me, without a husband who promised to always be there, to help and take care of them as we grow older, a dad who never had a chance to give his son the life he wanted to be able to, I couldn’t bear it. 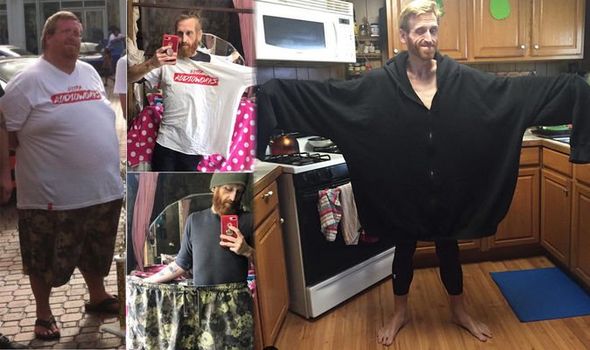 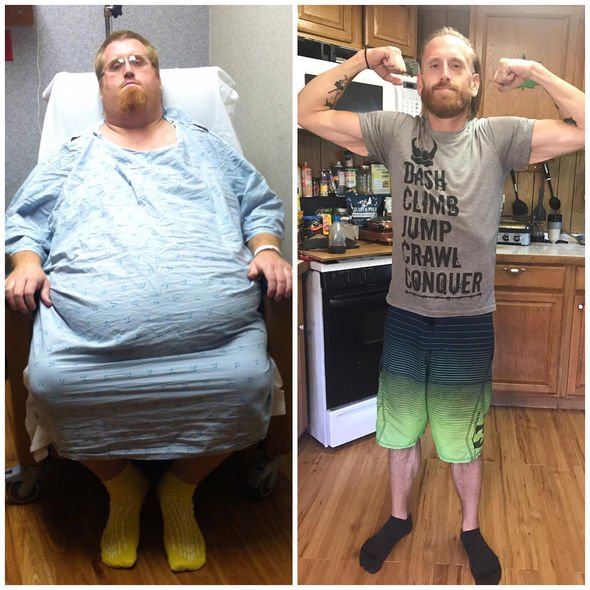 “That was the moment I knew I was going to die if I didn’t try to help myself.”

After losing some weight due to the food poisoning, Zack decided that he was going to try and lose more in order to change his life and be present in his son’s life longer, what did he do to further drop the pounds?

He said: “I had already lost 40 pounds from the food poisoning. I was 460 pounds.

“From there I stopped drinking soda, smoking, and eating sugar. I started to watch my carb and starch intake.

“I began to look and read into proper nutrition, what I was actually consuming and putting into my mouth with both food and liquids.

After taking a nutritionist approach to the type of food Zach consumed, one of the biggest changes to his diet was that he switched proteins such as red meat for white meat.

“This minor switch was something truly major and it was amazing to help my journey at the very start,” he said.

“I didn’t realise how truly important proper food nutrition was with weight loss.

He also opted for portion control by using “smaller plates, cups, bowls and silverware,” to eat with.

“We minimised everything to visually show what a true serving was and to better understand [portion] sizes.” 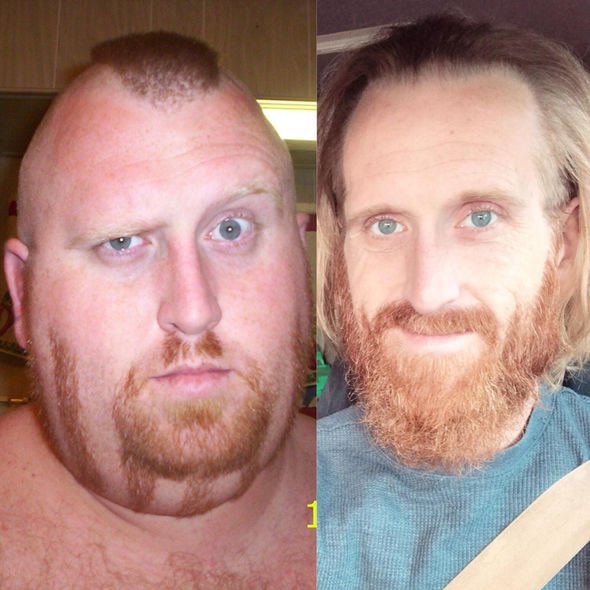 After losing a considerable amount of weight naturally through dieting – dropping to 392 pounds – Zach decided that it might be time to consider further help to lose the remainder of the weight.

“I had Gastric Bypass Surgery. [However] surgery did not go as planned, and my two-hour surgery turned into a 7+ hours due to complications.

“I managed to lose 108 naturally before surgery through dieting, starving myself and using the liquid diet. I was scared for my life,” he revealed.

After recovering from his complicated surgery, Zack was given the approval to start “Slow Start”.

“I got the approval to start Slow Start [which meant that] I could only walk, no weight training, no weight lifting, so I purchased a pair of shoes and I bought Gel Inserts to help ease the pain that walking did to me. 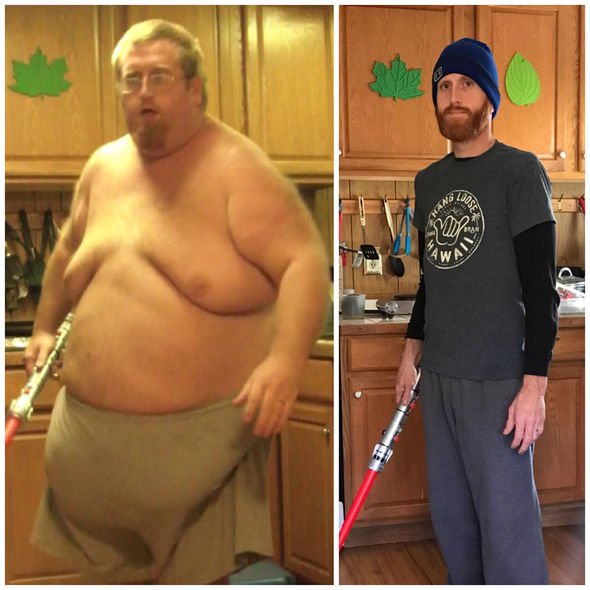 After gaining confidence in his ability to move around Zack set himself walking goals to keep active and promote further weight loss.

“There would be moments it was 15 minutes to midnight, and I would be walking up and down my hallway trying to get my extra 300 to 400 steps in.”

Over the course of a year, or two, those small steps truly added up for Zach.

He revealed: “I saved my life and was so proud of what I did. I lost way over 300 pounds [at that point].

“I would be dead today if I did nothing. I at least stood up and said, ‘Screw you, obesity.’ I’m going to fight for my life. You may win, but I’m not going down without a fight.”

Zach regularly uploads pictures of his weight loss transformation onto his Instagram account as well as motivational posts to encourage other people in a similar position, as Zach was previously in, to lose weight and “change [their] life for the better.”