Weight loss can be achieved in many ways. Some dieters choose to overhaul their diet completely, like Simon Cowell who lost over a stone by going vegan, or they may embark on a structured plan like the low-carb keto diet. However, by making simple changes to a current diet, slimmers could shed some pounds – 10 pounds to be precise – starting with breakfast. They say breakfast is the most important meal of the day as it breaks the fast after hours of sleeping, and by changing common morning habits, dieters could see impressive results. What are they?

Weight loss: Stop doing this at breakfast to lose up to 10 pounds

Stop with the sugar

Excess sugar can lead to weight gain, and it is also a contributing factor to chronic health conditions, including obesity, heart disease and diabetes.

According to eatthis.com, if dieters currently take two tablespoons of sugar in two cups of tea, they could lose up to 10 pounds within six months if they cut out the sweet treat completely.

Instead of tucking straight into a morning meal, dieters should drink two glasses of water.

Many studies show that drinking more water may benefit weight loss and maintenance.

In fact, 30 to 59 per cent of US adults who try to lose weight increase their water intake. 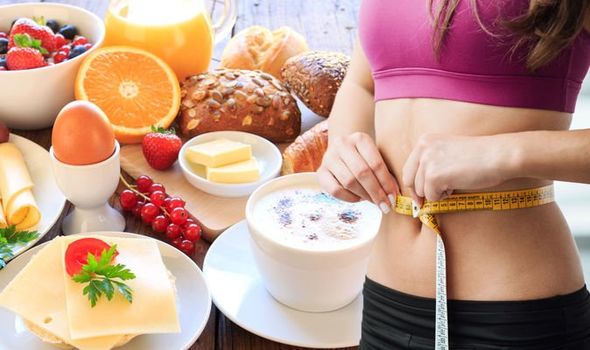 According to Healthline.com, drinking water before meals may reduce appetite in middle-aged and older individuals, which leads to weight loss.

One British study found that by driving 16 ounces of water, which is just under two cups, slimmers lost an average of 2.87 pounds in 90 days —which translates to 11.5 pounds in a year.

Cut out the cream

Dieters don’t have to ditch coffee in order to lose weight, however, the added cream could be the cause of weight gain. According to eatthis.com, two tablespoons of heavy cream adds 100 calories to a cup of coffee.

By ditching the cream, slimmers could lose up to 10 pounds in under six months, if drinking two cups a day.

It was recently revealed that coffee aids weight loss. A new study, published in scientific reports, found that drinking a cup of coffee could actually help lose weight by stimulating “brown fat” – the fat in the body that keeps it warm by burning calories.

Professor Michael Symonds, one of the researchers, said: “From our previous work, we knew that brown fat is mainly located in the neck region, so we were able to image someone straight after they had a drink to see if the brown fat got hotter. 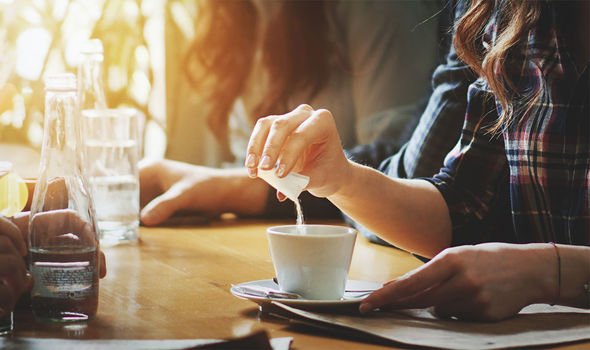 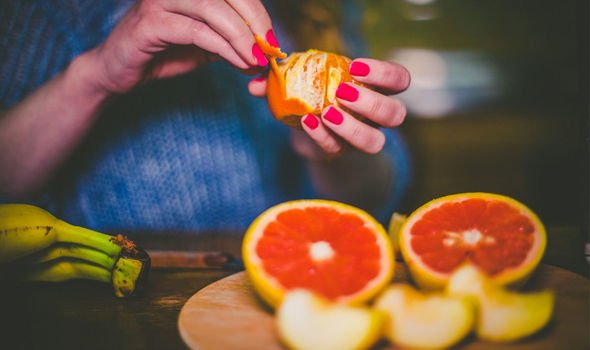 Many people like to accompany their morning meal with some fruit. While it’s important and contributes to a balanced diet, some fruits contain more calories than others.

Slimmers need a calorie deficit to lose weight, so making the right choice is vital.

One medium banana contains 105 calories, while one grapefruit only has 42 calories.

Eating grapefruit can help speed up weight loss, and by incorporating this citrus fruit into a diet, slimmers could see huge changes.

In a 12-week study in 91 obese individuals, eating half a fresh grapefruit before meals led to weight loss of 3.5 pounds (1.6 kg).

By swapping the usual banana for some grapefruit, slimmers could lose up to 10 pounds over the year.