Weight loss efforts can start first thing in the morning with a healthy breakfast. The timing of this meal can, in fact, make all the difference to a successful weight loss regime. By making sure you’re consuming breakfast at the optimum time you can boost your slimming goals. The trick is to eat the meal at a specific window in the morning and not leave it too late.

Weight loss: Eat breakfast at this time of morning to lose weight

A 2015 study published in the scientific journal Obesity found the best time to eat breakfast was between 6am and 9.45am.

Eating a high-protein meal in this time frame was linked to a reduced risk of body fat gain.

Researchers also found that breakfast at this time led to less hunger throughout the day.

The above was not the case for those people who waited to eat breakfast until after 10am.

“I always suggest eating a healthy breakfast within one hour upon waking,” Jim White, R.D., spokesperson for the Academy of Nutrition and Dietetics, told Women’s Heath.

Breakfast should also not be skipped. A study of 309 adults published on the US National Library of Medicine showed there are no benefits from missing the meal. 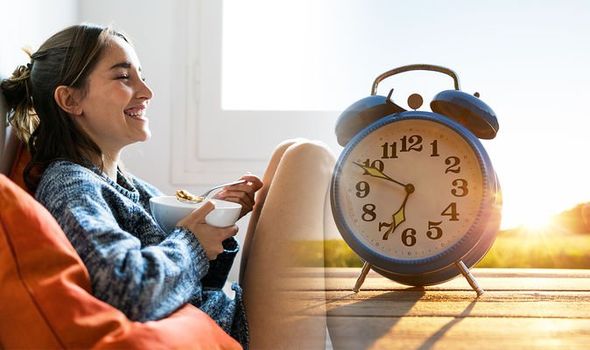 By choosing to eat high-protein in the morning, slimmers will feel more satisfied and are less likely to snack throughout the day.

For breakfast, eating salmon and eggs with vegetables will give a good source of protein.

Eating a breakfast high in protein will help the body burn more calories, as it uses more calories to break down protein compared to fats or carbs.

A study of women showed increasing their protein intake from 15 per cent to 30 per cent of their daily calories showed them eat 441 fewer calories a day and they lost an average of 11lb in just 12-weeks.

One food to avoid at breakfast is an egg sandwich – traditionally consisting of a fried egg, ham and cheese on a toasted bagel or English muffin. 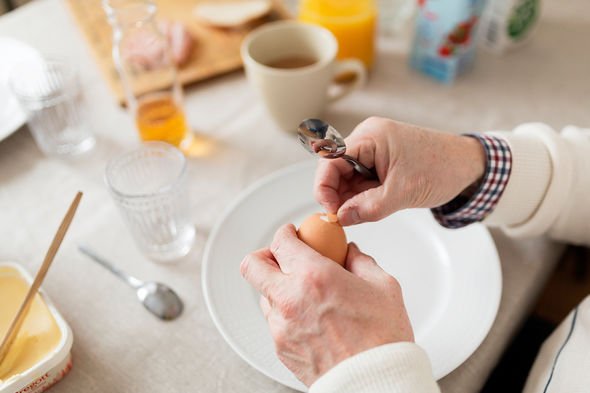 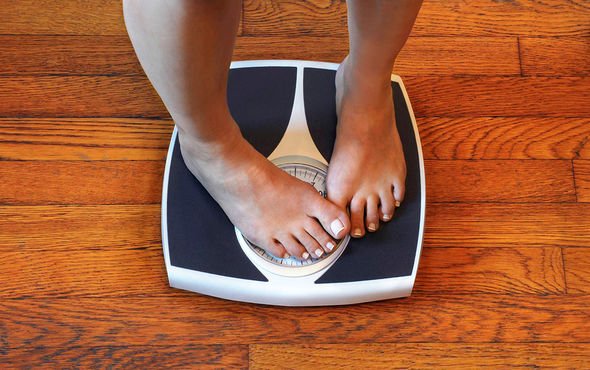 While such sarnies only have 300 to 400 calories, their macronutrients are highly unbalanced.

According to Livestrong, egg sandwiches have up to four times as much low-quality carbs as protein. This is because they are only made with one egg and therefore low in protein.

Granola and breakfast bars are also a no-no as you could end up eating as many calories as if you sat down to a dessert.

They can be packed full of sugar and no good for weight loss goals, Dr Lisa Davis, Vice President of Scientific and Clinical Affairs at Medifast, told Shape.

“Most commercial granola bars are basically oatmeal cookies in disguise, with a lot more sugar than you need,” Davis said.