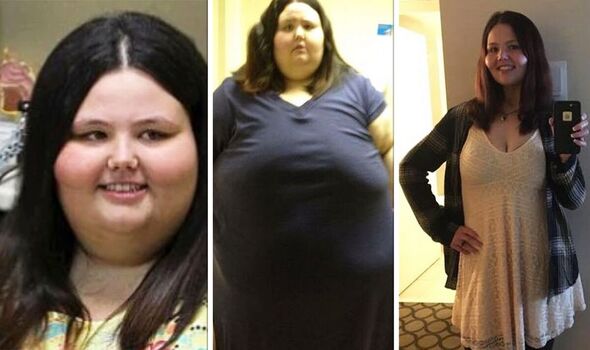 The TV series My 600-lb Life shares the experience of women who want to lose weight but they risk losing their partners in the process. On the show, the world’s fattest woman appeared as she wanted to drastically change her lifestyle, but she ended up splitting with her unsupportive husband.

The woman managed to lose 42 stone after breaking up with her husband who refused to buy her a salad.

Zsalynn Whitworth and her husband Gareth appeared on the show back in 2012 when she dropped 42 stone thanks to the help of doctors and nutritionists.

Gareth admitted that he was attracted to his wife due to her big size as he had a desire for bigger women.

However, Zsalynn decided that she wanted to improve her health and wellbeing by losing weight but Gareth refused to help her.

The husband didn’t want her to eat healthy food but instead, he encouraged her to have junk food as he was attracted to her size.

During the show, the husband said to her: “I’m not buying you a salad. If you want to eat grass, you can go in the garden and graze.”

Zsalynn eventually realised her husband wasn’t good for her: “I realise I’ve been telling myself a lie — and that lie was killing me.

“Big can’t be beautiful when it means my daughter can’t have a mother. He has no idea how close to death I feel every day.”

She had gastric bypass surgery when she lost a further 21 stone, but Gareth was very unhappy: “(My husband) hasn’t found much good in my changes. It’s time for us to admit it’s over.”

After leaving her husband, Zsalynn moved to Texas with her daughter and she is now happier than ever.

Another woman, Christina Phillips, was told that she also had to lose weight before undergoing a gastric bypass.

Christina felt “trapped” inside her body as she explained: “I’m trapped inside this body that I don’t want to be in.”

She managed to lose an impressive 13 stone thanks to a new diet plan and a workout routine after undergoing surgery.

Her husband Zach, however, didn’t support her decision and the pair separated despite Christina being pregnant.

She explained: “It became clear that me becoming independent [from Zach] was not going to work for him. I’m able to do so much more now. It’s pretty great.

“Before, I couldn’t walk eight feet without feeling like I was gonna die. Now, I could do just about anything I put my mind to.”

Another controversial couple was Lupe and her husband Gilbert. The woman was so big that she couldn’t get out of bed and had to rely on her husband.

Thanks to the TV show, she lost 21 stone but her relationship with her husband deteriorated. She explained: “I am done with his cheating and his drinking.”

Lupe relocated to another city with a family member and is now happier than ever with her new life and her new body.