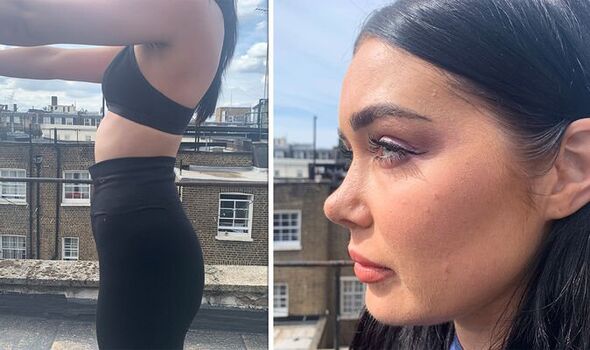 Georgia consumed the plant-powered drinks Plenish for four days which improved her energy levels, cleared her skin, helped her with hunger control and to lose five centimetres off her waist. Georgia, who documented the whole process, explained the day before starting her detox journey she received a huge box and filled her fridge with juices.

She explained: “What I loved about Plenish is they include a glass straw and cleaner, the most delicious detox loose leaf tea and easy-to-follow instructions.”

Georgia: “The night before, I had a lovely carb-fuelled pasta dish with friends so I woke up feeling full and was excited for my first day to try the different flavours which range from the 8am Lift juice, filled with vegetables, pear, cucumber and zesty lime juice to an indulgent 8pm Savour juice made with cashew milk, cacao and maca, dates, cinnamon and Himalayan salt.

“That day, I did around 17,000 steps and felt sufficiently nourished throughout. In fact, I was surprised by how much liquid there was to consume and was finding it hard to keep up at one point but luckily, as they’re juices, they’re perfect for on the go and I carried my 2pm juice with me on my walk to Selfridges.

“During the day, from 8pm to 4pm, you’re drinking 500ml juice every two hours so that fills the void of wanting to eat solid food. That night, I went to sleep a little hungry but I could feel my body starting to adjust and sleep came easily.” 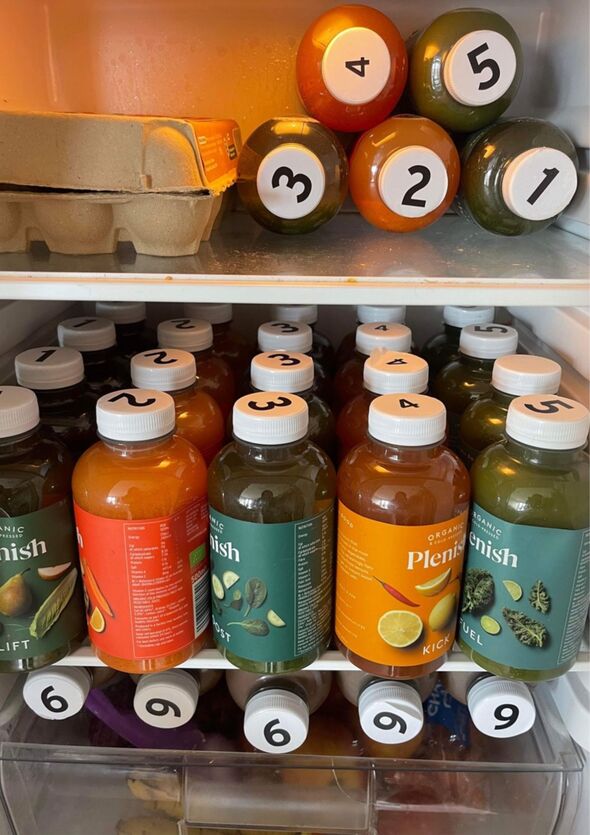 The dieter said: “On Monday, I woke up naturally feeling refreshed, energetic and I wasn’t hungry by the time I opened my 8am juice to start the day. The only hard part was, during a presentation, my manager bought Krispy Kreme doughnuts and I had to stop myself from having one but this would have been a temptation with or without the juice cleanse. I had also woken up and found that I had lost 3cm off my waist (71cm-68 cm) which was enough motivation to keep going.

“By the time I got home, I was looking forward to my 8pm juice (more like a chocolate milkshake) which is the yummiest but most caloric dense and, therefore, filling meaning I went to bed feeling full enough to sleep.”

Georgia explained “the third day was definitely the hardest”.

She recalled: “During this day, all my sensations of food were heightened – the foods that are normally not that appetising, such as a banana or apple, were looking more and more appealing as the hours passed by. I was also struggling to consume my recommended daily intake of water because there was simply so much liquid to consume throughout the day. I combatted this by drinking more lemon and green tea, which helped.

“However, once 2:30pm hit, I caved and ate two carrots (I mean I was drinking them anyway) and I found that was all I needed. My appetite was getting smaller and I knew my hunger would be easier to control come day five.

“On the instructions, it recognises that doing a juice cleanse can be challenging for some so it suggests eating cucumbers or light foods if you feel like you need to have solids in order to get the most out of the detox. Prior to the cleanse, I did a massive fridge clean-out as I didn’t want any temptation in the house so carrots were one of the few options available.

“Around my waist, I had lost another 2cm but what I didn’t expect was that my skin was getting worse and assumed this must have been the toxins coming out. “

Georgia also recommended slimmers who try a liquid diet to avoid “going into supermarkets or being around food”. 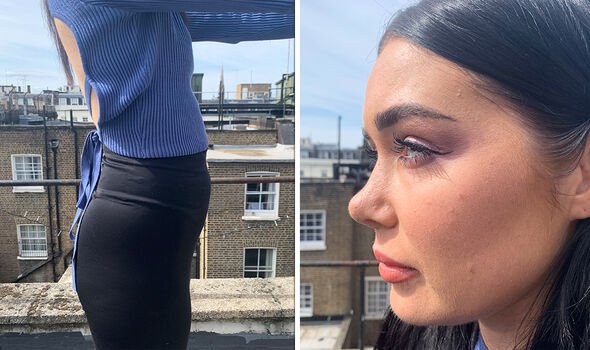 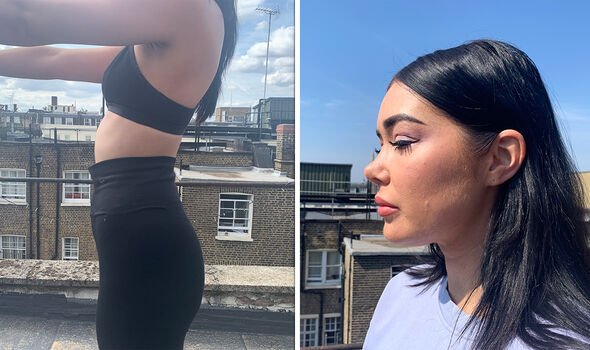 The dieter explained that a lot of juice-cleanse advocates had told her that the last half of the detox would be the easiest and “I’m pleased to say this is true, my hunger signals were coming less frequently making it easier to get through the day”.

She continued: “Listening to your body is key and I never overexerted myself and still managed to hit the magic 10,000 steps a day. Never once did I feel like my body was malnourished.”

Georgia said that “surprisingly, when I woke up on day five, I didn’t want the juice cleanse to end”.

She explained “Despite the physical gains (or losses) of losing 5cm off my waist and having clear skin, it was the mental gains that uplifted me the most. I had mental clarity, energy but above all, I was able to prove to myself that I can do anything I put my mind to. In the long term, I don’t think juice cleanses are sustainable but they’re great if you’re in a rut and need to kick start your health journey.”

George shared the results: “Of course, the flat stomach doesn’t last (it was still flatter overall even a couple of days post-cleanse) but it does show you you can say no to the doughnut or the glass of gin & tonic without a second thought and feel good about it.

“I felt inspired, proud and in a good place mentally and physically after the cleanse. It felt like the toxins were being cleared from the inside out and I could see myself doing a juice cleanse again either before a holiday or during a quiet time of the year. “

The Plenish recipes are created and refined under the guidance of a team of nutritionists and the ingredients are 100 percent organic, nutrient-rich and vegetable-based.

Before attempting a liquid-based diet, slimmer are advised to talk to their doctor or GP first.