When I was in college, I ate a seaweed salad every single day for lunch. It was served in a to-go container from the sushi section of the cafeteria, and I loved it. It tasted sweet and salty, nutty and crunchy—just a perfect combination of textures and flavors. The salad was the first time I was ever exposed to a variety of seaweed that wasn’t dried.
I later moved to a small town on the coast of Long Island, where I could take walks along the beach. At certain times of the year, piles of seaweed wash up on shore, only to be swept back out again by the tide. The salty aromas and shades of bright green brought me back to my college days, and back to my daily seaweed lunch. And I wondered about foraging for this plant, just as so many people forage for mushrooms and berries.
Here’s the good news: If you’re like me and have ever wondered about eating what you find on your nature walks, seaweed is probably the safest food to start with. “There are no inherently toxic seaweeds in the world,” Spencer Marley said, founder of Marley Family Seaweed, a foraging tours company on the West Coast. “It’s probably the safest thing you can forage. That’s not to say that the vast majority of them don’t taste very good, but there’s no fear of dying.”
But where to even begin? Could I just go out collecting seaweed, or were there things I should be looking out for? I spoke with some seaweed experts, who laid out some great tips to help us all get started before roaming the salty shores for the greens of the sea.

Check state regulations. Some states allow foraging, while others do not. Some varieties of seaweed are protected, while others you are free to take. Hank Shaw of HuntGatherCook advised checking out your state government websites to learn the local laws on foraging seaweed.
Check water pollution levels. If the water source is polluted, not only will seaweed taste bad, but it’ll be bad for you. Check out local environment sites that post fish advisories, or the National Oceanic Atmospheric Administration for more information.
Look for minus tides. “Minus tides” are extremely low tides that occur near the full moon. These are the best times to find and collect seaweed, as the low water level will reveal the plants.
Smell the water, then look at the seaweed. “If it doesn’t smell like clean ocean water, that’s a good sign that you shouldn’t be collecting seaweed,” Thew Suskiewicz of Atlantic Sea Farms said. He also advised not collecting seaweed that isn’t densely pigmented. “You don’t want to see white tips or blanch tips, or leaves that look like they’re losing their color.”
Cut above the whole fast. Seaweed grows on rocks, the sandy sea floor, buoys, and anywhere else it can lodge itself. The location where it attaches is called the holdfast. Avoid damaging or pulling on the holdfast when harvesting (in some states, it’s illegal!). “Snip above the holdfast,” Hank said. “It allows the seaweed to completely regrow.”
Try glean harvesting. Instead of cutting seaweed, go into the water after high tide, and collect the seaweed that has recently been knocked off the rocks by waves. It’s still fresh and, “That’s the most sustainable way to do it,” Spencer said.
Once harvested, keep it in saltwater. The seaweed will stay fresh longer, and if the seawater is clean, the greens are totally fine to consume without rinsing again with fresh water.

Okay, so you’ve collected your fresh seaweed. Now what? Well, it’s time to eat! Seaweed will only stay fresh for a few days in the fridge before it gets slimy and smelly, so the sooner you eat it, the better.
Eat fresh. There’s no harm in just eating seaweed fresh and raw. The saltiness of the sea mixed with the mineral flavor make for a great salad. Hank recommends shredding it and just adding rice wine vinegar and sesame oil. For sea lettuce, a thinner variety of seaweed, you can add just about any flavor you want. “It has very little flavor at all,” Thew said. “You can use it in marinades, or marinate in just about anything and it’ll soak up the flavor.”
Steep it into a broth. “Japanese dashi broth hinges on seaweed,” Hank said. It’s made with kombu (a large variety of seaweed), bonito flakes, and other dried fish and mushrooms. It’s the base for tons of soups, including miso! There’s even an added benefit if you use seaweed to make broth. “When we boil seaweed, micro-crustaceans might be hiding in there,” Hank said. “I think they’re like the Lucky Charms in the cereal, because they’re perfectly edible, and they add a shrimpy flavor to it.”
Wrap your meat or seafood in it. Seaweed tastes salty, of course, so you can use it to flavor most proteins. Wrap a steak or chicken breast in seaweed before throwing it on the grill, or wrap around some salmon while it’s marinating.
Preserve it. You can dry, pickle, or ferment seaweed. “Thin seaweeds do really well with fermentation,” said Briana Warner of Atlantic Sea Farms. “They don’t do great with pickling if they’re not thick.” Her company farms seaweed to make nutritious and delicious products available at Whole Foods, Wegmans, and tons of health-foods stores. Think fermented sea-chi, a raw kelp kimchi, or sea-beet kraut, a raw kelp sauerkraut. Making either of those are great options for seaweed.
If you’re looking for the Emily Mariko treatment and want something dried, you can either use a dehydrator, or your oven on the lowest setting. Or consider mother nature’s dehydrator, a.k.a the sun. From there, you could throw the dried seaweed into 360 degree oil and “It puffs up just like a pork rinds,” said Hank. “It’s crunchy, it’s already salty, there’s nothing not to love about it.” 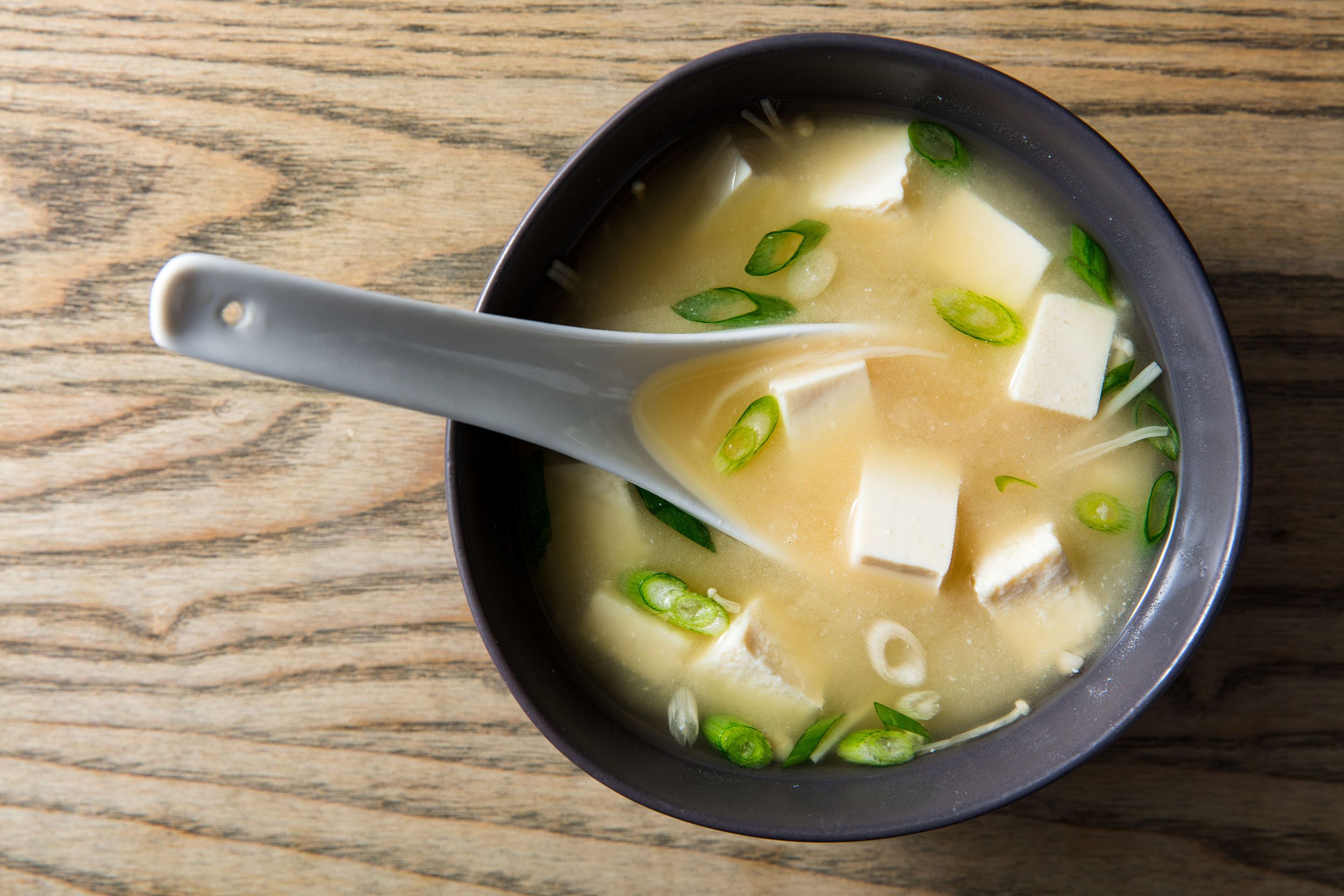 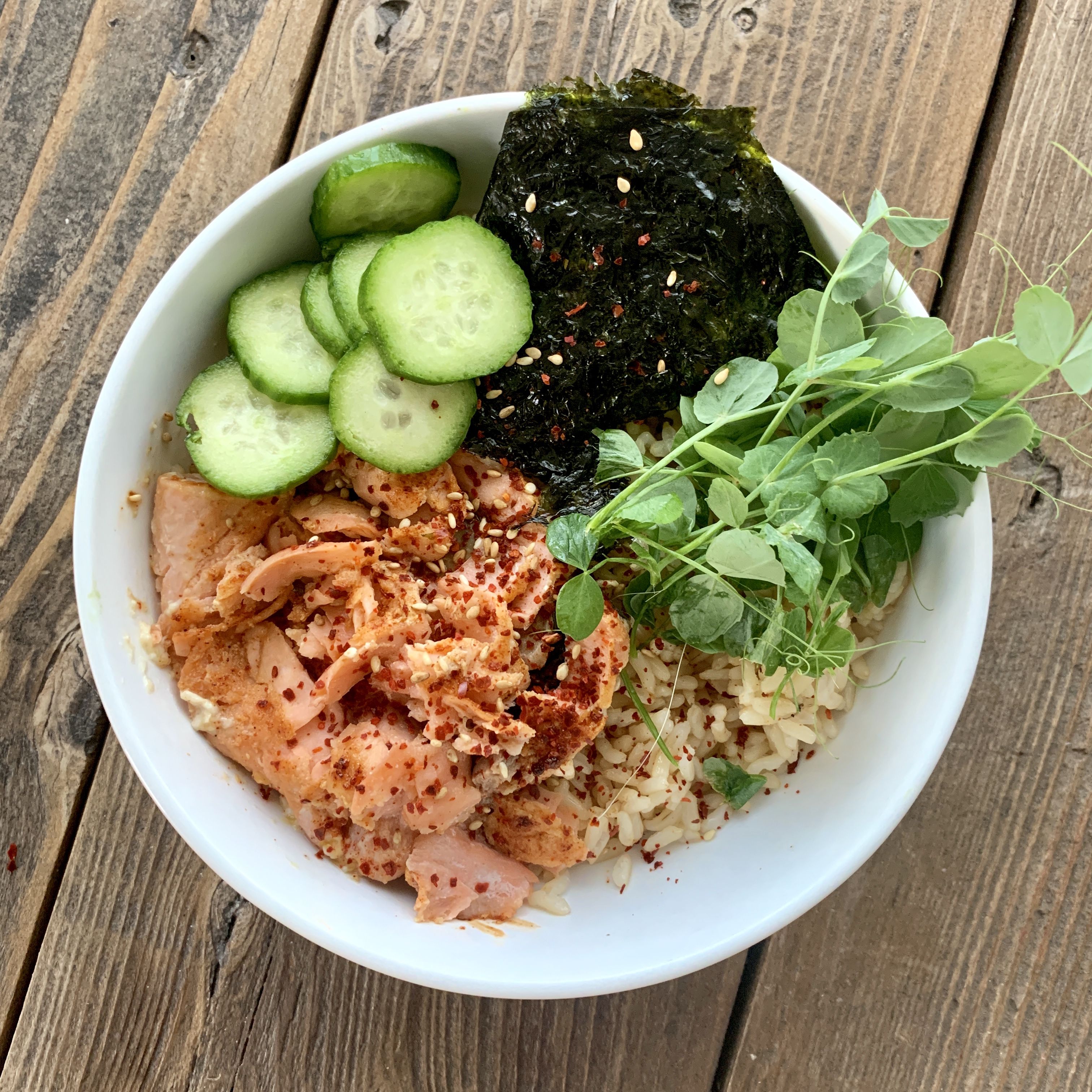